The idea that people should be thrown in jail for loving the wrong people fell out of favor in a few countries in 2012.

But the battle for basic human rights for lesbian, gay, bisexual and transgender (LGBT) people raged from Singapore to Moscow and from sub-Saharan Africa to the Caribbean.

During the year, advocates of LGBT rights achieved some victories, suffered some setbacks, and narrowly avoided a few potentially heart-wrenching defeats.

Among people of faith who joined the fray, the loudest voices spoke of condemnation for LGBT people, not love, often bolstered by a stubborn insistence that people can choose whom they will be attracted to sexually. In contrast, religious leaders who emphasize the commandment to love your neighbor were often distracted by other issues, or their calls for reconciliation were drowned out.

For many people in the Americas and Western Europe, disputes over distant countries’ anti-homosexuality laws were overshadowed by joy or worries about the growing acceptance of same-sex marriage, which is now legal in 11 countries, in parts of Mexico and Brazil, and in nine states in the United States.

Also in the background were repeated instances of unpunished murders of LGBT people and the ongoing spread of HIV infection among gay men who are typically denied health services in the 76-plus countries with laws against homosexual activity.

During 2012, India and Malawi — two of those 76-plus countries — took steps to repeal or suspend enforcement of their discriminatory laws.  Another four countries moved in that direction.

In India this year, the supreme court let stand a lower-court ruling that overturned a British colonial-era law providing life sentences for homosexual activity.  A similar court proceeding is under way in Singapore.

In South America, Guyana is in the midst of a formal governmental evaluation of whether to repeal the law calling for life sentences for male-male sex acts.

In the Caribbean, the government in Trinidad and Tobago is pushing to outlaw discrimination against LGBT people, including repeal of the anti-LGBT law that allows for prison sentences of up to 25 years for sexual activity.

In Europe, a court case is under way that seeks to overturn a law calling for five-year prison sentences for male-male sexual activity in Northern Cyprus, which is overseen by Turkey.  The Turkish Republic of Northern Cyprus is the only part of Europe with a law against homosexual behavior, including Turkey itself.

The prime minister of Jamaica had called for parliamentary action to repeal a law providing for 10-year prison sentences for men who have sex with men, but she backed off when it became clear that a majority of the current parliament would vote against any such change.

In Russia, where a law against same-sex activity was dropped in 1993, anti-homosexuality forces have launched two new offensives.

Eight or more regional governments in Russia have enacted laws against “promotion of homosexuality” in the presence of minors, with the most prominent one adopted in St. Petersburg. In practice, such laws could prohibit any public discussion of homosexuality or protests seeking LGBT rights, depending on how local courts rule.  Gay-friendly entertainers Madonna and Lady Gaga both ran afoul of those laws when they advocated equal rights during concerts in St. Petersburg.

The Russian parliament is poised to vote next month on a proposal to extend those laws nationwide.  The prospect is much the same in Ukraine, where a similar proposal won preliminary parliamentary approval in October.

A further offensive this year by anti-homosexuality activists was a Russian-backed resolution at the U.N.Human Rights Council in support of “traditional values,” which can be used to deny human rights to women and to LGBT people. The council adopted the resolution by a vote of 25-15, in part because the wording called for a study of how to apply “traditional values while promoting and protecting human rights and upholding human dignity.”

But in practice the promotion of “traditional values” often endangers human rights. Russian authorities say they were defending traditional values when they prohibited gay pride marches in Moscow for 100 years and put the band Pussy Riot on trial for protesting in a Moscow cathedral.

Three countries with anti-gay laws are poised to enact even more repressive measures.

Politicians advocating an anti-homosexuality agenda in Zimbabwe, Nigeria and Uganda are preparing to act early in 2013 on measures that they pushed in 2012.

In Zimbabwe, gay sex is already punishable by a prison sentence of up to one year, but anti-LGBT politicians don’t think that’s enough. They are working to add anti-gay language to the country’s constitution. The latest draft of the new document, prepared by the ruling Zanu PF party, condemns both homosexual behavior and same-sex marriage. A nationwide referendum on the proposed new constitution is planned for the spring.

In Nigeria, anti-gay politicians are also pushing for tougher laws. They’re not satisfied with the  14-year prison sentences for homosexual activity that are already on the books south of the region where sharia law is in effect. 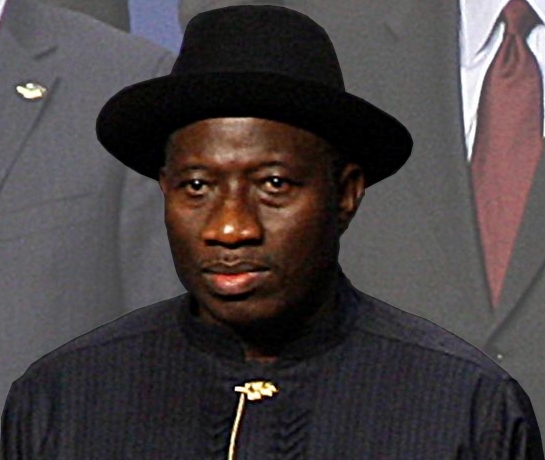 Nigerian President Goodluck Jonathan has not announced whether he would sign a proposed law against same-sex marriage and LGBT rights groups. (Photo by Ricardo Stuckert via Wikimedia Commons)

A bill approved in preliminary forms by both houses of the Nigerian legislature would make same-sex marriage punishable by 14 years in prison for the married couple and 10 years in prison for anyone who helps with the ceremony.  The bill would also ban gay-rights organizations and provide a 10-year prison sentence for any public display of same-sex affection. Unless opponents of the law can mount an effective campaign against it, supporters predict that a final version of the bill will pass early next year, after which President Goodluck Jonathan would either sign it or veto it.

In Uganda, 2012 saw the return of the world’s most notorious anti-gay legislation, the “Kill the Gays” bill, which earned that label in 2009 because it would have imposed the death sentence on gays who repeatedly failed to remain celibate. That provision may or may not have been removed, but the bill would still require parents, teachers, doctors and priests to report to police any suspected homosexual children, students, patients and parishioners.

Anti-LGBT politicians and conservative religious leaders have been pushing hard for this Anti-Homosexuality Bill, even though Uganda already has a harsh law, largely unenforced, that would impose life sentences for homosexual behavior.

More than a million people responded to the revival of the bill by signing online petitions against it.  Former Archbishop Desmond Tutu of South Africa also called for its defeat, but some other influential religious leaders who opposed the bill in the past mostly kept their opinions to themselves this year.  In contrast to 2009, when the Vatican opposed the bill, this year the Pope focused on opposing same-sex marriage.  In contrast to 2009, when best-selling author/preacher Rick Warren made a video calling for the bill’s defeat, this year Warren only expressed his opposition in a 102-character message on Twitter.

The Ugandan parliament ended its 2012 session without voting on the bill, but action is expected early in 2013.

Separate from these legislative battles about gay rights, LGBT people in many nations face ongoing repression.

In Saudi Arabia, religious police continue their crackdown on homosexuals. A total of people 260 people were arrested and punished for homosexuality in a one-year period, according to one Saudi newspaper. Because media freedom is so limited there, the accuracy of that account cannot be verified,

In Iraq, since the departure of American troops, conservative militias have targeted sexual minorities. At least dozens, and perhaps hundreds, of LGBT people have been reported killed by militia in recent years without interference from police, and sometimes with police assistance.

In the central African nation of Cameroon, officials did not respond to a plea a dozen international human rights groups, including the United Nations human rights office, that they stop arresting and imprisoning people for being, or even just seeming, lesbian or gay.  Eight people are currently incarcerated because of Cameroon’s anti-homosexuality law and many more are awaiting trials that could lead to imprisonment.

In Iran, same-sex relationships are punishable by death, but sex-change surgeries are relatively easy to obtain — and are covered by health insurance. As a result, people in Iran undergo more such surgeries than in any other country except Thailand. Estimates of the number of transgender Iranians range from 15,000 to 150,000.

Will 2013 be any better than 2012?   Will there be fewer violations of LGBT people’s human rights, fewer laws prohibiting specific types of love, fewer arrests, fewer imprisonments, fewer murders?