Violence, murder of LGBT community members, family rejection, societal and institutionalised discrimination, name calling and shaming take a high toll on the mental well-being of LGBT and queer Ugandans, according to a new report released Thursday in Kampala.

Human rights defenders in Uganda have released a new report documenting the effects of violence and social and institutional rejection on the mental health of LGBT and queer community members activists and queer people in the country.

The report ” Invisible Scars” was compiled by Elvis Herbert Ayesiga, the director of programs at Ice Breakers Uganda.

It was supported by Voice Global, an innovative grant-maker that supports the most marginalised and discriminated-against people in 10 low- and lower-middle income countries in Africa and Asia. It aims to amplify and connect thus-far-unheard voices in efforts to leave no one behind.

The report details Ayesiga’s own road to self-discovery and unveils the mental scars suffered by  LGBT persons in Uganda.

A total of 251 people — health workers, government employees, non-government workers, friends, and families of LGBT persons — were interviewed during the preparation of the report. Ayesiga notes in the report:

“For many lesbian, gay, bisexual and transgender (LGBT) people, this has been the reality of their childhood and their development into adulthood. The lasting effects of experiences with such prejudices and discrimination are profound.”

The research elicited 251 respondents who agreed to participate. Respondents included LGBT persons, those out and those still in the closet, activists, health care providers, psychiatrists, family and friends.

Among the 184 LGBT respondents, 31 were lesbian, 63 were gay and 43 were bisexual (17 female and 26 male). There were 28 transgender people, 11 trans men and 17 trans women. Nineteen participants were not sure or not ready to apply a label to themselves, and they represented themselves as queer.

“This research confirms that LGBT individuals face health disparities linked to societal stigma, discrimination, and denial of their civil and human rights. Stigma and discrimination against LGBT persons have been associated with high rates of psychiatric disorders, substance abuse, and suicide.

“Invisible Scar”s further notes that according to the US National Alliance on Mental Illness (NAMI), the risk of a mental health condition, such as depression, anxiety disorders, or post-traumatic stress disorder, is almost three times as high for youth and adults who identify as LGBT.

There are 300 million people who suffer from depression worldwide, according to WHO.

In Uganda, a research study, “The prevalence of depression in two districts in Uganda,” conducted in January 2005, found that as many as up to one in six inhabitants in two districts, Adjumani and Bugiri, showed signs of depression.That is every sixth person around you. And it is a growing problem. By 2020, WHO predicts that depression will be the second-leading cause of world disability; and by 2030, it is expected to be the largest contributor to disease burden in the world. While individuals from the LGBT community are likely to experience a mental health condition at three times the rate, the chances of suffering from a major depression are twice as high as that of the general population. 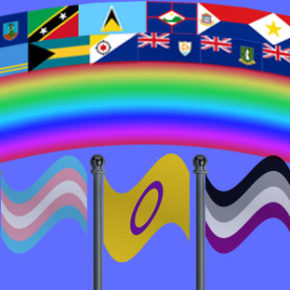