Human rights activist Mohamad al-Bokari was arrested by Saudi officials on April 8 after calling for LGBTQ equality on social media. Now, two months later, supporters have renewed their pleas for his release.

Although Saudi Arabia has no written laws against homosexuality or gender expression and ratified the Arab Charter on Human Rights, Saudi police beat al-Bokari and used brutal, useless medical exams that seek to determine his sexuality. Human Rights Watch and other LGBTQ advocates have called for al-Bokari’s immediate release.

(Beirut, June 8, 2020) – Saudi authorities should immediately release a Yemeni blogger and human rights activist, Mohamad al-Bokari, who was arrested on April 8, 2020 after posting a video on social media, Human Rights Watch said today. His detention appears to be based on his call for equal rights. A source in contact with al-Bokari told Human Rights Watch that he is being held in al-Malaz prison in Riyadh, with no access to legal counsel.

The media spokesman for the Riyadh police department, Shaker bin Suleiman Al-Tuwaijri, confirmed in a statement that police arrested al-Bokari, 29, on April 8. In his statement, Al-Tuwaijri said that the video al-Bokari posted, which sparked anger on social media, contained “sexual references” that “violate public order and morals,” prompting urgent police intervention. In the video, which Human Rights Watch reviewed, al-Bokari responded to social media queries, including on his position regarding same-sex relations. He said, “Everyone has rights and should be able to practice them freely, including gay people.”

“Saudi Arabia’s relentless policing of free expression reveals the hypocrisy of a government that has promised to carry out reforms,” said Michael Page, deputy Middle East director at Human Rights Watch. “A government that arrests someone who merely speaks out on sensitive social issues eliminates the space for dialogue and reform.”

The source in contact with al-Bokari told Human Rights Watch that he is being held in pretrial detention under physical and psychological duress, and that the police repeatedly kicked and slapped him when they arrested him to compel him to “confess that he is gay.” Al-Bokari, who suffers from a chronic heart condition, told the source that he has been having difficulty breathing, eating, and sleeping, and that his psychological and physical health are deteriorating. He also said that police have beaten him every day since his arrest.

Although no specific charges were brought against him, the authorities accused al-Bokari of being a “sodomizer” who is “imitating women,” and “violating public order” by “publicly defending homosexuality online,” the source said. These accusations indicate that Saudi authorities are discriminating against al-Bokari based on his perceived sexual orientation and gender expression, Human Rights Watch said. Despite requesting access to legal counsel, the authorities have not allowed al-Bokari to appoint a lawyer, the source said.

Human Rights Watch received additional information on al-Bokari’s case from the Arab Foundation for Freedoms and Equality (AFE), a Beirut-based human rights organization that has been helping al-Bokari seek emergency assistance and following his case since March.

Al-Bokari’s statements, documented by AFE, say that he fled Yemen in June 2019 after Yemeni armed groups threatened to kill him. Al-Bokari told AFE that he walked from Sanaa to Saada, then from Saada to Jeddah, arriving in Riyadh after 15 days, where he has been living as an undocumented migrant. Since then, Yemeni armed groups have, on multiple occasions via social media and phone communications, threatened him with death should he return to Yemen.

Saudi Arabia has no written laws concerning sexual orientation or gender identity, but judges use principles of uncodified Islamic law to sanction people suspected of having sexual relations outside marriage, including adultery, extramarital and homosexual sex, or other “immoral” acts. If such activity occurs online, judges and prosecutors utilize vague provisions of the country’s anti-cybercrime law that criminalize online activity impinging on “public order, religious values, public morals, and privacy.”

[Editor’s note: Saudi law is more clearly described in ILGA’s latest report on State-Sponsored Homophobia: “There is no codified Penal Law in Saudi Arabia. However, the country applies strict Islamic Sharia law. According to the Sura 7:80/81, sexual intercourse between men is outlawed.”]

Saudi authorities regularly pursue charges against human rights activists based on their peaceful exercise of freedom of expression, in violation of international human rights obligations. Abusive practices have included long-term arbitrary detention – two years in some cases – without charge, trial, or any clear legal process.

The Arab Charter on Human Rights, which Saudi Arabia has ratified, guarantees the right to freedom of opinion and expression in Article 32. The United Nations General Assembly’s Declaration on the Rights of Human Rights Defenders states that everyone has the right, individually and in association with others, to “impart or disseminate to others views, information and knowledge on all human rights and fundamental freedoms.”

“We are deeply concerned about the safety and well-being of Mohamad al-Bokari, whose life may be at risk if he is deported to Yemen,” said Page. “Saudi authorities should do the right thing and immediately release the young man, who was only expressing his opinion.” 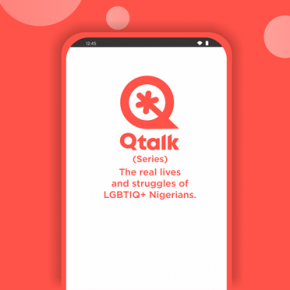