Ugandan queer scholar and LGBT ally Dr Stella Nyanzi has resigned from her academic research job at Makerere University in order to campaign for a seat in parliament.

Nyanzi resigned so she could run as the Kampala woman member of parliament in the forthcoming 2021 general elections. She is a member of the Forum for Democratic Change (FDC).

The university’s appointment board accepted her resignation last week and notified her of its decision on July 21.

“Earlier this month, I submitted my resignation to Makerere University. Resignation of public servants is a mandatory requirement of the Electoral Commission for all individuals intending to contest in the general elections.

Well, I am proud to have served my alma mater since 2011. I worked hard to fundraise and win diverse research grants, created multi-disciplinary research teams, conceptualised and conducted several research studies, widely published in both scientific and creative outlets, organised local seminars and international conferences, supervised and examined graduate and doctoral students from all over the world. I advanced bodies of knowledge critical to my interdisciplinary fields of specialisation.

I also designed, financed, led and accounted for many peaceful demonstrations during my tenure as an academic-activist based at this university.I celebrate having boldly protested against the normalisation of misogynistic excesses and systemic abuses of office by professors and senior administrators at Makerere University. This was perhaps my greatest contribution to developing the university.

My nude protest at MISR [Makerere Institute of Social Research] against extended multiple violations of my labour rights as a public servant will be forever written down in the histories of disrupting the status quo at universities. My appeals at the university’s staff tribunal will be studied and taught for decades. My drawn-out court case against the university contributed towards important jurisprudence for employees in Uganda, Africa and the world.

Nyanzi  has on several occasions accused the police of torture while  she was participating in a peaceful protest. She was recently arrested for protesting against the continued closure of shopping arcades in Kampala city.

An LDU woman punched me hard in the ribs, her toughened fists brutalising my rib cage.

Another police woman slapped my head, her thieving hand pulled my ear ring out of my ear.

Another police woman jumped up and her thick-soled boot crashed my big toe.

I reported these brutes to the magistrate who advised me to sue the individual perpetrators.

I reported them to the State Prosecutor who asked me for evidence of the torture.

How does a victim retain evidence of torture, yet the human body heals itself each day?

How do I show the court the evidence of this torture upon my invisible mind?

In the same post, Nyanzi shared pictures of injuries she sustained while in police custody.

The local media were awash of pictures of the LGBTQI+ ally being brutally arrested just as she was addressing a joint press conference in one of the city hotels.

The protest in question was organized by Kampala Arcade Traders Association (KATA) on July 8 to demand the immediate opening of arcades to business and a waiver in monthly rent for the arcade traders who have not been working due to the Covid-19 pandemic lockdown.

“OPEN ARCADES!” “NO RENT!” Nyanzi wrote in another post. She stated:

The shops of these arcade-based traders are still locked by dictator Museveni, supposedly in a bid to prevent the transmission of Covid-19. However landlords of shops in the arcades continue to demand for rent, regardless of the lack of income to their tenants.

Nyanzi is no stranger to human rights activism and opposition to excesses committed by President Museveni’s government and allies.

Her activism for the rights of LGBTQI+ Ugandans, in particular, has not gone down well with some political opponents who have branded the heterosexual queer ally “a lesbian”.

She will have none of that. She says that not only are many Ugandans  under lockdown but their rights are also under attack under the pretext of Covid-19 prevention; and that no threat or torture will stop her from adding her voice to the voiceless.

Shortly after being released on bail at Buganda Road Court after the arcades protest, Nyanzi stated that she had no regrets for standing in solidarity with arcade-based traders whose shops remain closed “due to dictator Museveni’s Covid-19 lockdown decrees.”

“Tonight, I will sleep a much better Ugandan because I overcame my fear and directly told dictator Museveni to open the arcades!” she wrote.

The last time President Museveni addressed the nation about Covid-19, he announced a relaxation of lockdown measures, but said arcades would remain closed, branding them as high-risk points for spreading the virus.

However, he repeated his pledge to crack down on landlords who demand rent during the lockdown.

Arcade owners in Kampala are still resisting the idea of waiving rent for their arcade tenants for the lockdown period, but say they are willing to give traders time to clear the rent arrears.

They cite bank loans, taxes and utilities which they must pay with or without the lockdown. 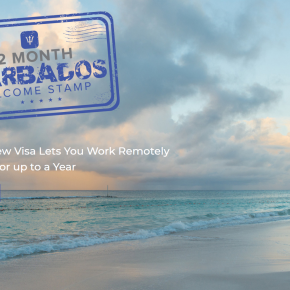