Protests against mistreatment of LGBTIQ Ugandan refugees in Kenya have led to a month in prison for 17 of the refugees, who fled to homophobic Kenya to escape homophobic violence in Uganda.

After relocation to Kakuma because of their protests against mistreatment in Nairobi, they protested again in Kakuma against conditions at the camp, including police brutality and homophobia.

Each of the 17 was convicted and sentenced to one month in prison or payment of 13,000 Kenyan shillings (about US $130), according to Rainbow Kenya founder Fauza Calvin (a pseudonym, used for security).

Fauza said different defendants were accused of different crimes, including failure to obey orders from the officer in charge of security in Kakuma refugee camp, disturbing the peace, and distracting government officials from their duties during working hours. He said further:


Many of the 17 have been sent to Lodwar Prison to serve their sentences. The remainder are at the police station, awaiting transfer to prison.

A total of 18 Ugandan LGBTIQ refugees were originally detained and transferred to Kakuma, but one of the 18 was beaten by police on May 17 and now is in a wheelchair, Fauza said. He was exempted from the court proceedings because of his health.

The truth is that the LGBT who were already in the Camp had not asked for the protest by the 17 who had newly arrived at the camp and who were refusing to register. In fact the LGBT refugees already there were upset at the attention being drawn to them as LGBT by these new arrivals.

The 18 who arrived newly – had been brought in by Kenyan police. They refused to register at Kakuma the moment they arrived because they did not approve of the conditions which are the same for all LGBT and ALL straight refugees. They protested because they wanted to go back to Nairobi and not be subjected to the poor conditions of the camp – which are the same for all straight or gay.

Had they listened to the rules and registered, the outcome may have been different. Kenya does not want to allow ANY refugees – straight or gay — to live in Nairobi. These 18 men know that rule. So if they are caught on streets as refugees – which is what happened to these 18 because they had been evicted and were protesting outside the UNHCR gates, chances are good they will be sent to Kakuma.

That is what happened here. When they got to Kakuma, they refused to register and protested. Unfortunately LGBT refugees should know that Kenya is a a sovereign country which has made a policy to keep refugees in camps.

In a response to Nathan, one of the 18 detainees, Lubinga Eriya, disputed her view of recent events, stating that the group was “in police custody at Kakuma police station stranded, beaten up like slaves. We are jailed with murderers and other criminals with mysterious cases threatening to cause harm on us. We are very sick since the medical facilities here are very poor. Madam I request u look deep in our matter.”

See the comments section for Nathan’s reply to Lubinga Eriya and several calls for an investigation by an agency such as the UNHCR or Human Rights Watch. 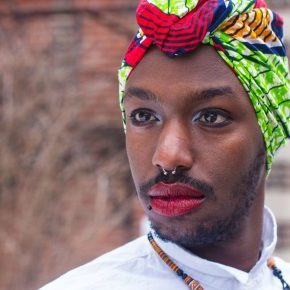