Jamaica’s minister of health and wellness told a recent public forum organized by the Jamaica Gleaner newspaper that LGBT Jamaicans should not face discrimination in accessing mental health services.

The newspaper reported. that the health and wellness minister, Christopher Tufton, said:

“Mental health services have been experiencing a number of reviews. For the LGBT community, clearly, I do not know what the specific concerns are, but I would say, as a blanket statement, that we promote the concept of non-discrimination in terms of access, and any service that we offer to the population would include all segments of the population.”

“I think the whole issue of the LGBT community and non-discrimination has evolved, and frankly speaking, I think it is getting better. In fact, there is more accessibility and more willingness to provide service without any prompting or punitive oversight measures.”

However, a recent survey of Jamaican mental health professionals found that 95 percent admitted they had refused to serve LGBTQ+ clients.

Jamaica remains one of nine Caribbean countries where same-sex intimacy is criminalized. Under the nation’s Offences Against the Person Act, those convicted of “the abominable crime of buggery” can be sentenced to up to 10 years of imprisonment with hard labor.

In February, the Inter-American Court of Human Rights released a report that found Jamaica’s buggery and gross indecency laws violate the fundamental rights of its LGBTQ citizens, in part because they prevent them from accessing appropriate health care. The government has yet to address the substance of the ruling, and a challenge to the buggery laws is pending in domestic courts.

Because of the law and overwhelming societal discrimination against LGBT people in Jamaica, queer Jamaicans often don’t know where to turn for non-discriminatory mental health services, according to Glenroy Murray, interim director of Equality for All Foundation Jamaica.

“We appreciate that the Ministry of Health and Wellness provides services to all, but I raise the point that LGBT persons do not always know where is safe for them to go. The notion is that, perhaps, specific messaging to the community might be useful so that more persons feel that they can access services,” the Gleaner quotes Murray as saying at the event.

A recent study examining mental health services in Jamaica corroborates Murray’s assertion. Kai A.D. Morgan and Tiffany L. Palmer’s “Audit of Mental Health and Psychosocial Support Services and Needs for LGBTQ+ Persons in Jamaica” found that LGBTQ+ youths are experiencing rising rates of mental-health issues such as anxiety, depression, and self-harm, and health care providers are not adequately serving them.

In their survey of more than 200 service providers, 77 percent said they never received training on how to care for LGBTQ+ people, and 95 percent admitted that they had rejected care to LGBTQ+ people.

Another recent comparative study by John Pachankis, director of the LGBTQ Mental Health Initiative at the Yale School of Public Health, found that the risk of depression and suicidal thoughts among gay and bisexual men decreases as countries enact laws and policies that reduce social stigma against LGBT people. 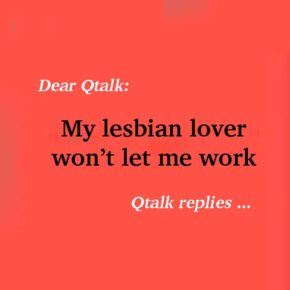