Third of a series of articles about LGBT victims of homophobia who are imprisoned at Yaoundé Central Prison in Cameroon.

Ford and Bill were living together happily in a luxurious apartment, but then their neighbors began to suspect that they were gay.

The next thing they knew, police knocked on their door and arrested them on charges of violating the country’s anti-homosexuality law.

That was back in March 2020. Since then, they have been waiting for their trial to begin.  As they wait and wait and wait, they are locked up at Yaoundé Central Prison, where inmates must survive in dirty, crowded confines with only one small, poorly cooked meal per day.

If they are convicted of violating Cameroon’s anti-homosexuality law, they could be sentenced to as much as five years in prison and fines that in recent cases have totaled around 428,000 CFA francs (about US $800).

Ford, 25, has large eyes and a medium build.  Bill, 37,  has a muscular build and a shaved head. They had been living together for six months in Bill’s luxurious apartment in a corner of the city of Yaoundé.

Bill, an engineer by profession, met Ford in an Internet dating group. After several months of dating and courtship, they live together in Bill’s apartment.

The couple lived happily together in a loving atmosphere, Ford said. While Bill went to work, Ford stayed home and took care of chores.

Bill added: “For me, I had found the love of my life, a guy who was caring, intelligent and a joker. I felt good about myself, body and soul. Ford is a person you would do anything for just to keep him around. Life at home was great. Between work and home, I had finally found a balance. ”

Their happiness ended after neighbors began to take an interest in the couple’s life. They noticed there had been a change in Bill and they noticed that a somewhat effeminate man was living under the same roof.

Rumors spread. A neighbor confronted Bill one morning and asked him who the person was who was living with him. Shocked, Bill told the neighbor to return home and stop butting into his life.

But the neighbors persisted and soon complained to police. Bill was summoned to the police station on suspicion of homosexuality. He refused to go.

Police responded by arresting Bill and Ford at home one morning in March 2020.

Police refused to negotiate a payment to have the charges dropping, so the  two men found themselves in prison awaiting trial.

Unlike many LGBTI Cameroonians whose families disown them, Bill and Ford have supportive family and friends. Ford’s sister and Bill’s friends visit them  regularly in prison.

Their case was set for court action several times, but each time the case was rescheduled, so Bill and Ford can do nothing but wait.

They hope to get out and resume their life as a couple in a place far away from the city where they can be safe from the probing eyes of homophobic neighbors.

You can help Bill and Ford get a lawyer to take on their case and move them closer to freedom. Projet Not Alone / Pas Seul 2021 is raising money to pay for the expenses of that pro-bono legal defense work on their behalf.

Ford and Bill are only two of 11 LGBT victims of Cameroon’s homophobia who are currently confined at Yaoundé Central Prison. Another six LGBT Cameroonians are also serving prison sentences there, along with one other  LGBT detainee who has been been locked up for more than a year awaiting trial.

Project Not Alone / Pas Seul 2021 is seeking contributions to pay legal expenses of the three awaiting trial; the fines of eight prisoners (so they will not have to remain in prison to work off their fines after their sentences end); and four bimonthly deliveries of food and hygiene items to all 11 LGBT prisoners. None of the 11 has been charged with any criminal offenses other than homosexuality.

To help them and the other nine LGBT detainees, U.S. tax-deductible donations to Project Not Alone / Pas Seul 2021 may be made via:

These articles tell the stories of other LGBT prisoners at Yaoundé Central Prison: 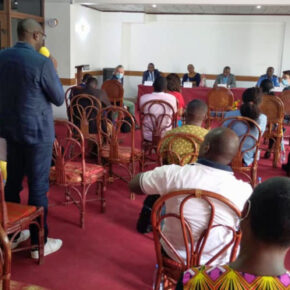 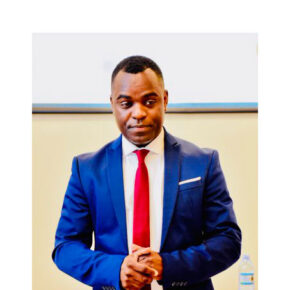