They could go free right now — if they had money to pay the fines that the judge imposed on them along with the prison sentence. You can donate to help them.

As it is, they remain in their cells, disowned them by their families and suffering from malaria and chronic diarrhea. For their safety, they are identified in this article by pseudonyms rather than their real names.

Evan — tall, with dark skin, 29 years old — has lost weight during his two years eating nothing but meager prison food. Still, he has a calm temperament, so he often sits quietly, just thinking.

Kane — slight, light-skinned, 26 years old — is reserved, with a slightly feminine manner. He is so loyal to Evan that he was willing to go to prison to avoid being separated from him.

Until early 2019, the two men lived together peacefully and happily in a remote section of Yaoundé, Cameroon’s capital city. Then Kane’s father got involved.

Disapproving of his son’s relationship with Evan, the father betrayed the couple to police. He asked Kane for a meeting to settle their disagreements. Kane accepted the invitation, not knowing that it was a trap.

When Kane and Evan arrived to meet Kane’s father, police confronted them. Arrest that man, the father said, pointing at Evan. But Kane objected.

“If you arrest him, I will go to prison too,” Kane said.

Police took him at his word and arrested both men on charges of homosexuality. They then referred the case to the public prosecutor.

While they awaited trial, Kane and Evan were jailed with no access to a lawyer. On May 17, 2019, they were sentenced to two years in prison plus fines and court costs totaling 390,850 CFA francs (about US $717). If they do not pay the money, they will have to spend an additional four months in prison.

During their time behind bars, Kane and Evan have kept their relationship secret in order to avoid exposing themselves to homophobic violence from guards and other prisoners.

But that has not spared them from misery. Because the prison is unsanitary and provides only one meal per day, each man has malaria and chronic diarrhea caused by poor nutrition, such as poorly cooked beans and corn.

Project Not Alone 2021, organized by the Erasing 76 Crimes news site, is raising money to pay the fines of Evan, Kane and six other LGBT prisoners so they can leave prison early.

The total needed is $7,226. Of that amount, $3,014 is to pay the fines for the eight LGBT men; $2,230 is for the expenses of pro-bono legal representation for three LGBT men who have been at the prison awaiting trial for more than a year; and $1,982 is for a series of four bimonthly deliveries of food and hygiene items to all 11 LGBT prisoners.  None of the 11 prisoners has been charged with any criminal offenses other than homosexuality. 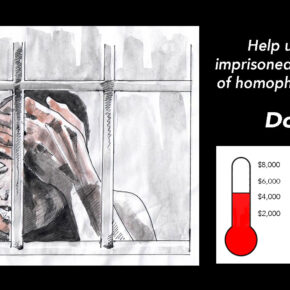 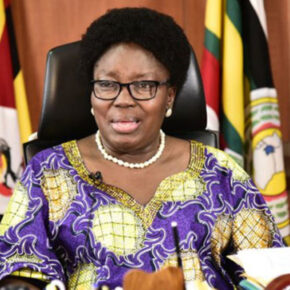