“A Voice Within” is a documentary directed by Vincent Kyabayinze, the executive director of EAVA Artists.

It was first screened on Friday 26th March at Silver Springs Hotel in Kampala to an audience of selected LGBTQI persons, the media, faith leaders and human rights activists.

The documentary has not yet been released publicly, but an informal 2-minute 20-second preview of it is available on YouTube.

At the private premiere, Kyabayinze explained that the screening wasn’t held in a theater because they are still closed due to presidential guidelines to prevent the spread of COVID-19.

“That aside, today is a wonderful day because we are in presence of men of God as we engage them to be more welcoming of LGBTIQ persons in their places of worship,” Kyabayinze said.

In Uganda, religious leaders are influential, with large followings both in person and through broadcasts. According to the 2014 census, over 84% of the population are Christians and about 14% adhere to Islam. Both Christians and Muslims are represented in the documentary.

At least 18 out of the 26 free local television channels in Uganda are owned by religious institutions or conservative clerics/pastors who oppose LGBTIQ rights.

According to Kyabayinze, the few religious leaders who preach love and respect for LGBTIQ persons are not given platforms or media space on those channels.

“The genesis of the documentary was in 2018 when we identified gaps and need to engage faith leaders and amplify voices of religious leaders who are using the Bible to preach love, to undo the myth of God hating LGBTIQ persons, to counter the messages of hate and stigmatization preached on a daily basis and to restore dignity, safety and respect for LGBTIQ persons,” he said.

Pastor Simon Anthony Mpinga of the Living Gospel Church, one of the faith leaders featured in the documentary, challenges all affirming religious leaders to counteract those who preach exclusivity:

“Let us speak up as they speak. Let us preach the right theology as they preach the wrong theology. We shall make the wrongs they have made right.”

Also featured in the documentary is the Rev. Canon Gideon Byamugisha, an Anglican priest who states, “We are at the stage where civilization demands we don’t postpone some questions if we are to protect one another and live in harmony. Each community can look at its own mechanism if we are to live and thrive together.”

According to Kyabayinze, efforts to get more religious leaders on board are under way.

“Our role as an organisation is to look for solutions to solve our day-to-day challenges. When we noticed that there was a gap in religious inclusion, we started engaging religious leaders. This is not an easy task, but we are on the right path,” he said.

In the video preview, retired Anglican Bishop Christopher Senyonjo says, “The love of these people, marginalized, has come to me strong.”

One of the people who attended the screening said she was amazed to learn that LGBTIQ-affirming churches exist. She planned to start worshiping at one because she will feel welcome there. 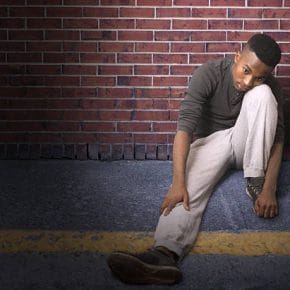