Belle, a 20-year-old lesbian in Yaoundé, is a victim of sexual abuse and family rejection who   is struggling to make ends meet for herself and her two-year-old child.

For her protection, “Belle” is identified in this article with a pseudonym.

She was raised in the family home with her two older brothers. Her parents were summoned to her school many times because of her sexual orientation as well as for daring remarks she made to her same-sex friends. Teachers and school administrators stigmatized her to the point where she decided to drop out of school.

Unable to stand the pressure, she decided to run away to meet a friend in Douala. There she worked as a cleaner and waitress in a cabaret.

She met a man who got her drunk and raped her. She discovered that he had made her pregnant. After she gave birth, her mother agreed to allow her to return home.

She wants to keep her child, she said. “I have the responsibility to look after him because the man who abused me cannot be found despite the complaints filed with the police for this sexual rape of a minor. I would like to get a job that would give me financial autonomy .”

She hopes to avoid sex work.

If anyone has a job to offer Belle in Yaoundé or knows someone who does, please contact me at the email address listed below. Also contact me if you would like to donate money to help her open a business or get computer training. 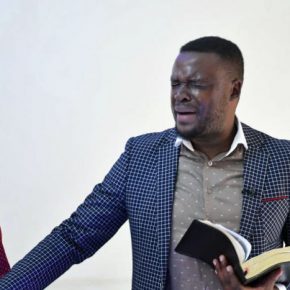