Zambian officials should stop lying about their relationship with the United States and should act like leaders of the Christian nation they claim to represent instead of imprisoning LGBT people and encouraging un-Christian slurs against gay Zambian citizens, the U.S. ambassador to Zambia says.

Ambassador Daniel Foote made the comments today in response to harsh criticism he received for expressing his opposition to 15-year prison sentences imposed last week on a gay couple.

In an interview, Zambian President Edgar Lungu accused Foote of being “disrespectful” to Zambian cultural and social values and of interfering with the sovereignty of a foreign state. Lungu said, “We know that there could be people who are homosexual in Zambia but we don’t want to promote it. We frown on it… the practice… most of us think it’s wrong… it’s unbiblical and unchristian… and we don’t want it.”

Lungu added the falsehood that homosexual behavior is unknown among animals (although actually it has been documented in about 500 species): “Even animals don’t do it so why should we be forced to do it… because we want to be seen to be smart, to be seen to be civilised and advanced and so on.”

Lungu then switched his focus to the irrelevant topic of bestiality, saying, ‘If there are such countries which will allow bestiality, let them do it but not here.”

Foote responded to the criticism from Lungu and Zambian foreign minister Joseph Malanji in a public statement and a media briefing. In his response, Foote:

Urged Zambians to show compassion. “I was shocked at the venom and hate directed at me and my country, largely in the name of ‘Christian’ values, by a small minority of Zambians. I thought, perhaps incorrectly, that Christianity meant trying to live like our Lord, Jesus Christ. … I cannot imagine Jesus would have … referred to his fellow human beings as ‘dogs,’ or ‘worse than animals,’ allusions made repeatedly by your countrymen and women about homosexuals. Targeting and marginalizing minorities, especially homosexuals, has been a warning signal of future atrocities by governments in many countries. In my heart, I know that real Zambian values don’t merit your country’s inclusion on that list, ever.”

Challenged Zambian officials’ declarations about the independence of their courts. “When considering the status of Zambia’s ‘very independent’ judiciary, I note the President’s strong, recurring statements in July through yesterday rejecting homosexual rights and ‘gayism.’ I wonder if that could have any impact on the courts.”

Accused the Zambian government of delaying U.S.-funded plans for ending electricity shortages. “I agree that we should be working to improve critical issues like food insecurity and the electricity shortage, but Americans can’t do it alone, without cooperation from your government. The U.S. brought energy experts to work with Zambian ministries for over two years, and we jointly developed a plan to reform the sector and ensure better electricity delivery to the people. This plan has been dormant for over a year, because of domestic politics.

Accused Zambian officials of lying about having a close relationship with the United States. “Let us stop the façade that our governments enjoy ‘warm and cordial’ relations. The current government of Zambia wants foreign diplomats to be compliant, with open pocketbooks and closed mouths.”

Accused Zambian foreign minister Malanji of lying about the U.S. ambassador having top-level access to Zambian officials. “Minister Malanji [stated] that I have ‘always been granted audience to the Ministry and the Government of Zambia.’ That is not the case. With few exceptions, the U.S. President’s personal representative to Zambia — me — has been relegated to meeting with the Ministry of Foreign Affairs at the Permanent Secretary level. Both the American taxpayers, and Zambian citizens, deserve a privileged, two-way partnership, not a one-way donation that works out to $200 million per meeting with the Head of State.”

Stated that U.S. foreign aid to Zambia is based on a U.S.-Zambia partnership focusing on common interests. “Zambia is one of the largest per-capita recipients of U.S. assistance in the world, at $500 million each year. In these countries where we contribute resources, this includes partnering in areas of mutual interest, and holding the recipient government accountable for its responsibilities under this partnership.” He also stated, “If you see someone is not co-operating, I think the natural inclination would be that assistance levels could change.”  Some Zambian news media interpreted that as a direct threat to cut aid if Zambia does not end its opposition to homosexuality. ” Zambia Reports headlined its article “Foote … threatens economic sanctions if gays are not protected,”

Lungu stated, “If you want to be tying your aid to homosexuality… If that is how you will bring your aid then I am afraid the West can leave us alone in our poverty.” 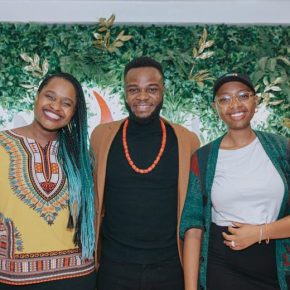