Gay-friendly Ugandan lawyer Nicholas Opiyo was charged today with money laundering and remanded to prison over the Christmas weekend. Chapter Four, the human rights advocacy organization that Opiyo leads, issued a rebuttal of the charges.

“The charges against Nicholas are malicious, unfounded and fabricated. They are aimed at obstructing his work as an advocate and a human rights defender,” Chapter Four stated.

Uganda Police charged that an account of Chapter Four Uganda at ABSA Bank acquired US $340,000, “knowing that the funds were proceeds of crime.”

Chapter Four stated that “The funds mentioned in the charge sheet is a grant from one of Chapter Four’s reputable recurring and long-standing donor who legally support Chapter Four’s work of promoting and protecting human rights.”

“The Government has not provided any evidence that the money in question is from the proceeds of crime,”

Except for Opiyo, they were all released today.

Statement on the frivolous charges against Nicholas Opiyo

We continue to demand that the fabricated and malicious charges be dropped.

Earlier this afternoon, Nicholas Opiyo was produced at Nakawa Magistrates Court to face charges of money laundering under section 3 (c) of the Anti-Money Laundering Act. The government alleges that Nicholas acquired USD 340,000 through ABSA bank in the names of Chapter Four Uganda knowing that the said funds were proceeds of crime. The Government has not provided any evidence that the money in question is from the proceeds of crime. Despite all the efforts of Nicholas’s legal team to secure his release, Nicholas was this afternoon remanded to Kitalya Government Prison until Monday 28th December 2020.

The charges against Nicholas are malicious, unfounded and fabricated. They are aimed at obstructing his work as an Advocate and a human rights defender and seek to prevent him from providing legal assistance to individuals and groups whose rights have been violated.

“…This case has all the markings of a targeted, malicious smear campaign aimed at punishing Nicholas for his tireless human rights advocacy, and for speaking truth to the misuse of power,” said Sarah Kihika Kasande, a human rights lawyer and Chapter Four board member.

We find it deeply troubling that Nicholas is being charged with offences under the Anti-Money Laundering Act because of his work as the Executive Director of Chapter Four. The bank account listed in the charge sheet is the organizational bank account belonging to Chapter Four Uganda, and not to Nicholas Opiyo. The funds mentioned in the charge sheet is a grant from one of Chapter Four’s reputable recurring and long-standing donor who legally support Chapter Four’s work of promoting and protecting human rights.

Chapter Four is a human rights organization, duly registered as a Non-Governmental Organization (NGO) with the NGO Bureau and as a company limited by guarantee with the Uganda Registration Services Bureau (URSB). Further still, Chapter Four Uganda fully complies with its legal obligations under all the relevant laws, including Anti-Money Laundering Act. It files annual returns to the relevant statutory bodies, revealing its source of funds and activities.

The right of citizens to form associations and receive funding to pursue their objectives is protected under international, regional, and national human rights law. Chapter Four like all other NGOs, is legally entitled to receive grants to carry out its activities, just as any other registered legal entity. The intimation by the charge sheet that the funds received on the Chapter Four account were proceeds of crime are unfounded and malicious.

Moreover, the transaction cited in the charge sheet is dated October 8th, 2020. The government had more than two months to investigate and to reach out to Chapter Four for clarification before taking such an untoward act of arresting the organization’s Executive Director. To date, no one at Chapter Four has been contacted by an official at any level of government regarding concerns about this particular transaction. Bringing these charges this week can only be an attempt to punish Nicholas for his work and intimidate civic actors during the elections season.

Money laundering is a threat to the Ugandan finance system. We urge the authorities to focus its efforts on bringing those responsible to book – many of whom are hiding in plain sight, and protect legitimate funds intended to support civil liberties of the less fortunate in our society.

We are happy to note that the four persons with whom Nicholas was detained since December 22nd 2020 namely Anthony Odur, Herbert Dakasi, Simon Peter Esomu, and Tenywa Hamid, were all released on bond today. No charges were preferred against them. The police have not explained why Nicholas was treated differently.

We strongly condemn the abuse of due process; Nicholas was detained yet he could have been granted police bond. He was produced before a court that did not have the competence to hear the frivolous charges brought against him. The Nakawa Magistrates court only had the jurisdiction to have the charges read to him, and to transfer the file to the competent court.

We call upon the state to drop the fabricated, malicious and baseless charges against Nicholas. We further call on the government and law enforcement to ensure that his rights to due process and fair trial as well as his rights to freedom from torture, inhumane and degrading treatment are upheld to the highest standard. 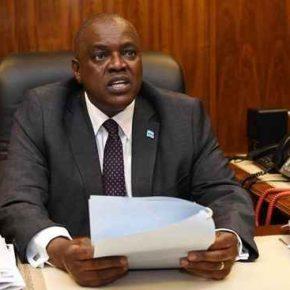