Commentary: Barbados must not omit trans people from its bill outlawing workplace discrimination, says the United Caribbean Trans Network. (Sign this petition if you agree.)

In Barbados, legislation intended to protect individuals in the workforce from discriminatory practices was tabled and debated in Parliament. The Employment (Prevention of Discrimination) Bill 2020 seeks to protect various categories of individuals from discrimination, including those of divergent sexual orientation. However, nowhere in the Bill is mention made of gender identity and expression, despite members of parliament stating categorically that numerous consultations were held with civil society organisations. Furthermore, members of the LGBTI community in Barbados have reported that recommendations were made to include gender identity and expression in the Bill, however these recommendations fell on deaf ears and were not included.

Barbados is a signatory to and ratified the American Convention on Human Rights, which, through its Inter-American Court of Human Rights oversight body, categorically stated that states party to the Convention must act to prevent all forms of discrimination, including on the grounds of sexual orientation as well as gender identity and expression. The Government of Barbados therefore has an international obligation, to its citizens and the treaties and conventions which they sign on to, to ensure that such protections exist.

Trans people face some of, if not the highest levels of discrimination in everyday life, and the world of work is no exception. Many Trans people find themselves unable to obtain or keep a job which pays fairly, consistently, and allows them to take care of themselves and see to their various obligations. Including gender identity and expression in the language of the Bill would have given direct protections to Trans people and ensured that, whether applying for a job, being interviewed or shortlisted for one, or even navigating the work culture of their place of work or facing the unfortunate situation of being disciplined or terminated from their job, there would be little to no risk of decisions being made or actions taken by employers or co-workers on the basis of who an individual was, how they saw themselves or how they wished for others to see them.

Even if such a risk presented itself and proved to be true, including gender identity and expression in the Bill would have ensured that Trans employees who are discriminated against would have had the means to seek adequate redress in order to preserve, protect and defend their human rights.

Therefore, we at the United Caribbean Trans Network strongly condemn the blatant failure of the Government of Barbados to ensure that all of its citizens and residents are accounted for and adequately protected under the law, and we urge that Government, as well as other Governments in the Caribbean which are in similar positions, to make every possible effort, with the utmost urgency, to correct this shortfall and ensure that all efforts are pursued to observe and protect the human rights of its citizens, including Trans people.

Petition to the Barbadian Parliament: 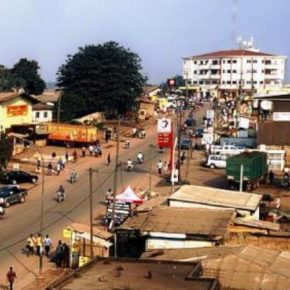