A trans woman from Morocco responded to online insults by setting out to unmask the extent of online activity by closeted gay Moroccans. As a result, dozens of gay men in Morocco were outed and subjected to abuse, including evictions, threats and blackmail.

Moroccan and international human rights group issued a public statement condemning the “outing” of LGBT people and calling for laws to defend LGBT people. Association Akaliyat, which opposes laws against sexual and religious minorities, posted the statement on its Facebook page.

At least 50 to 100 gay men were outed in Morocco over the last two weeks, rights activists say, after the men were identified on location-based meeting apps while sheltering at home amid a coronavirus lockdown.

In at least three cases, men were kicked out of their houses, L.G.B.T.Q. activists said. In interviews, many others in the country said they had been blackmailed and threatened, and thousands fear that their photos will be spread on social media.

“Here I am just waiting for my death sentence,” said a young man whose photos were leaked online and who spoke anonymously for fear of being attacked. “I’m frustrated and scared.” …

Human Rights Watch issued this report on the incidents and called for the victims to be protected:

A campaign of online harassment in Morocco has trampled the privacy of presumed gay and bisexual men, possibly subjecting them to physical harm, prosecution, and discriminatory measures, Human Rights Watch said today. The government should both enforce the right to privacy and decriminalize same-sex relations.

A rash of people have been going on same-sex dating apps since mid-April 2020 to “out” other app users – disclosing their sexual orientation or gender identity without their consent. For lesbian, gay, bisexual, and transgender (LGBT) people, this may lead to ostracization by their family and community, expulsion from housing by relatives and landlords, and dismissal from their jobs.

“The consequences of ‘outing’ can be detrimental to LGBT people’s livelihoods, safety, and mental health,” said Graeme Reid, lesbian, gay, bisexual, and transgender (LGBT) rights director at Human Rights Watch. “The Moroccan authorities should immediately step in to protect LGBT people’s privacy and repeal anti-LGBT laws that can only fuel this homophobic behavior.”

Morocco’s constitution enshrines the right to privacy and its penal code criminalizes the “interception, recording, broadcasting or distribution of conversations or information issued in a private or confidential context, without the consent of their authors.” Article 447-1 of the code punishes offenders with sentences ranging from six months to three years in prison.

However, Moroccan law also criminalizes what it refers to as acts of “sexual deviancy” between members of the same sex, a term that authorities use to refer to homosexuality more generally. Article 489 of the penal code punishes same-sex relations with prison terms of up to three years, and fines of up to 1,000 dirhams (US$104).

The campaign of “outing” emerged in Morocco on April 13, when many individuals created fake accounts on same-sex dating applications and then circulated on social media photos of men who used those applications, captioning the photos with insults and threats against the men based on their perceived sexual orientation.

Moroccan LGBT activists told Human Rights Watch that the “outing” campaign has led to some families expelling people from their homes. It has caused panic among people who need to protect their privacy due to social stigma toward homosexuality and the legal prohibition of same-sex relations.

A 23-year-old gay university student told Human Rights Watch that his brother learned of his sexual orientation when he was “outed” online and kicked him out of the house: “I have been sleeping on the street for three days and I have nowhere to go. Because of the Covid-19 pandemic, not even my close friends are able to host me.” He fears for his safety if he tries to return to his brother’s house, he said.

A representative of one of the dating apps involved told Human Rights Watch that the initiative has sent out messages to users in both French and the Moroccan dialect of Arabic warning them of the rash of “outings” and providing the phone number of a hotline where they can seek legal and/or psychological help. They also encouraged users to report fake accounts or accounts that are spreading anti-LGBT hate speech on the app.

The representative of another app said that it has sent a security message to users in Morocco, and blocked all profiles created since the “outing” campaign began.

Moroccan human rights groups issued a public statement condemning the online attacks and “outing” of LGBT Moroccans, and expressing their solidarity with the victims. Activists also created online resources dedicated to responding to the “outing” campaign, including offering assistance to members of the LGBT community who are at risk or otherwise need support.

On April 24, the Moroccan national security told Agence France Presse that the police have opened a “preliminary investigation” for “incitement to hatred and discrimination,” apparently in connection to the publication of private data targeting LGBT people.

Human Rights Watch has previously documented the role nongovernmental organizations and LGBT activists have filled in the region in providing vital spaces for LGBT people. In 2018, Human Rights Watch initiated the No Longer Alone campaign, and in 2019, the Facing the Myths campaign, both highlighting the strategies LGBT activists and organizations in the Middle East and North Africa, including Morocco, can use to mobilize and build their movements despite government-sponsored repression and social stigma in the region.

Criminalizing consensual same-sex conduct violates fundamental human rights protected under international law. The International Covenant on Civil and Political Rights (ICCPR), which Morocco ratified in 1979, prohibits interference with the right to privacy and the right to nondiscrimination. The United Nations Human Rights Committee has condemned laws against consensual homosexual conduct as violations of the ICCPR.

In a memorandum published in October 2019, the National Human Rights Council, a state-appointed body, recommended decriminalizing consensual sex between nonmarried adults. More than 25 nongovernmental organizations expressed support for the recommendation, but the Moroccan government rejected it.

“The onus is on the Moroccan government to protect LGBT people from this type of homophobic harassment and from all forms of discrimination,” Reid said. “Homophobia is a dangerous reality, but it thrives when the government criminalizes same-sex conduct and fails to shield their rights to privacy and equal treatment.” 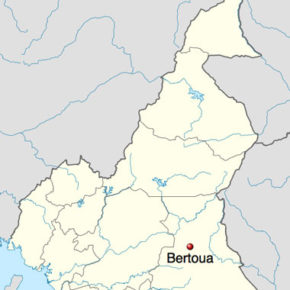 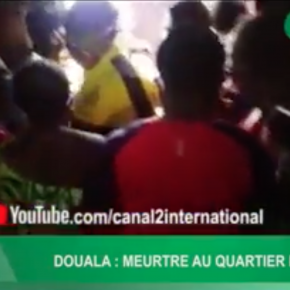