Maurice Tomlinson shared his story on June 24 in New York at the World Pride Human Rights Conference, where the Canadian HIV/AIDS Legal Network announced a legal challenge to anti-LGBT laws in Dominica. Maurice, who is a senior policy analyst for that network, reflected on the first such Caribbean challenge that the network launched, in Jamaica, and told how it came to be.

The first time I visited my now husband in Toronto, he suggested that I get out and explore the city on my own while he was at work. I was terrified. I didn’t know it then, but I had all the classic signs of PTSD. I was filled with dread at the prospect of going out alone because for years I had lived in a self-imposed prison in my homeland of Jamaica due to intense and sometimes deadly homophobia. My privilege as a middle-class lawyer gave me a false sense of insulation from the worst of these attacks as I drove a private car, lived in a gated community, and enjoyed relative job security as an independently employed person. In Jamaica, LGBT people have no protection from discrimination in employment, housing, healthcare or education. But even my perceived security was shattered after I innocently outed myself in a Jamaican newspaper.

For years, I had known about my country’s intense hatred for LGBTQ people, which was supported by the archaic anti-sodomy law imposed during the British colonial period. This statute means that for my private acts of intimacy, even holding my partner’s hands in the privacy of my bedroom, I could be sent to prison for up to 10 years at hard labour. Even after I was released, I would always have to carry a pass identifying me as a sex offender and listing the conditions of my release. If the police found me without this pass, I could be forced to pay a J$1Million fine (about US$9,000) and spend one year in prison. The law has also contributed to Jamaica having the highest HIV prevalence rate among men who have sex with men (MSM) in the western hemisphere, if not the world — 33%. MSM are driven away from effective HIV prevention, treatment, care and support intervention.

This barbaric edict has given licence to horrendous acts of homophobic violence and murder, some of which I witnessed as a lawyer and activist working for LGBT human rights for nearly two decades. But when I “dared” to write a letter to the editor of Jamaica’s most popular daily condemning this violence, I was met with a barrage of hateful emails, including one that promised that I would “F***ing die” if I continued to write. Although I didn’t identify myself as a gay man, the very fact that I was speaking out in support of LGBT people was enough to out me. While I was shocked at the vulgarity and directness of this death threat, I was tempted to ignore it. However, colleague activists encouraged me to report it to the police. I was totally unprepared for the hostile reaction that I received. The recording officer told me that he hates gays and that we make him sick. When I reported him to his boss, I was told that the junior officer’s attitude was unfortunate but would not change until the law changed.

I had acted for gay clients who police had claimed to have found in “compromising” positions — usually sleeping in a parked car with another man. I was often forced to explain to my clients that if they did not pay the bribe demanded by police, the officers would release their names to the local tabloid, which would be the end of their careers, and possibly their lives. My clients always paid the bribe. There simply seemed no legal way to end the blackmail as police and most of Jamaican society viewed us as unapprehended criminals.

Before I studied law, I worked briefly as flight attendant for the national airline (possibly the gayest job in the world!). However, shortly after starting my job, I was told by my employer that passengers complained that I looked gay, so I was instructed to stand in front of a mirror and try to act more macho and deepen my voice. I was devastated because after policing my “sissy” gait my entire life, I’d thought that I was “passing.” Again, I felt that I had no legal recourse for this clear discrimination.

When one of my clients bravely decided to challenge the anti-sodomy law, I was happy to support him. His landlady had evicted him because she thought that he was gay due to the number of male visitors he received. This eviction was perfectly legal under Jamaica’s rental laws, which allow evictions for “illegal” activities. And male same-sex intimacy was and continues to be explicitly criminalized. Sadly, my client was forced to withdraw his case because of multiple death threats directed at him and his family. And in that moment, after years of advocating for others, I realized that I had to make a decision to stand up for myself. So, I became the claimant so that this critical case would not die.

Since my case was launched, the island’s fundamentalist churches, many of whom are supported by American affiliates, have ramped up their anti-gay rhetoric claiming that, among other things, this archaic colonial-era law is necessary to prevent the extinction of mankind, to stop the spread of AIDS, and to protect children from sexual abuse. All spurious claims, but largely believed by the very conservative religious society. The court took the unusual decision of allowing 10 anti-gay religious groups to join my case as interested parties, even though they are all basically arguing the same discredited points. The court also refused the application of the Public Defender, who wanted to support my claim on the ground that the law violates several of my constitutional rights, such as privacy. And a recent Parliamentary sub-committee refused to recommend that the law be struck down but instead suggested that the law be put to a public vote. A recent public opinion poll found that over 80% of Jamaicans strongly support the law, so the outcome of such a vote would be a foregone conclusion.

Despite the very daunting odds associated with my case, I am happy to see an increase in support from key stakeholders in Jamaica, including the major newspaper and the head of the island’s influential Anglican Church, who have joined the call for decriminalization.

Changing the law will not suddenly change society, but legalizing our lives and loves will create space for our visibility. For example, when I tried to air a 30-second ad that called for respecting the rights of LGBT people, the TV stations rejected it on the ground that it would be seen to be endorsing an illegal activity! With the help of the Canadian HIV/AIDS Legal Network, I am challenging that TV censorship in court. People fear what and who they don’t know. Hearts and minds are changed through this visibility and scraping the anti-sodomy law will allow Jamaica to really see queer people. Then hopefully, one day we will live up to our national motto, “Out of Many One People”! 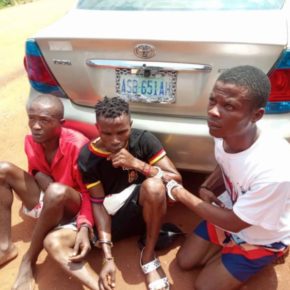 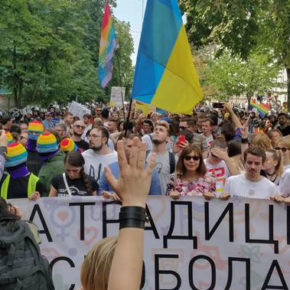