The African Commission on Human and Peoples’ Rights (ACHPR), Africa’s highest body for the promotion and protection of human rights, has tried to avoid the subject of LGBTI rights, despite the prominent presence of LGBTI defenders at its latest conference.

Country representatives and official observers at the ACHPR gathering have often succeeded in avoiding discussions of LGBTI rights, but sometimes they have been forced to confront the topic.

The commission’s history related to violations of LGBTI Africans’ rights has been mixed. Back in 2014, at an ACHPR session in Luanda, Angola, the organization adopted Resolution 275, which opposes violence and human rights violations against sexual minorities. It is a non-binding recommendation to member nations.

This was followed by turmoil in 2018. The African Union, representing the continent’s governing regimes, pressured the ACHPR to exclude the Coalition of African Lesbians (CAL).  The ACHPR complied, revoking CAL’s official observer status under the pretext that it violated African cultural values.

Now, although Resolution 275 still exists, LGBTI issues are being sidelined.

Prior to the opening  session of the current ACHPR conference, a forum for non-profit organizations discussed a range of African issues, notably slavery, internally displaced persons, child labor and violence against women. But no one discussed violence targeting sexual and gender minorities.

The issue of sexual and gender minorities’ rights provokes disagreements between special U.N. rapporteurs and the delegates of states like Egypt, Eritrea and Ethiopia.

“This topic creates great divisions and controversies within the panel of special commissioners. It is a question of cultural values specific to Africa, they say,” according to ACHPR President Remy Lumbu.

He declares, however, that the ACHPR won’t duck the issue.

“Under my mandate, things will move forward because these people must be protected,” he said.

Indeed, at the conference in Gambia, one occasion for discussing LGBTI rights occurred late one day after a majority of delegates had left the session. The LGBTI advocacy organization Alternatives Cameroon was allowed to present a declaration in collaboration with the Global Alliance of Communities for Health and Rights (AGCS Plus), which advocates for the rights of LGBTI and HIV-positive people.

This is the text of the declaration:

73rd Ordinary Session of the African Commission on Human and Peoples’ Rights: Thursday 20 October to Wednesday 9 November 2022 in Banjul – The Gambia

We, African civil society organizations, at the 73rd session of the ACHPR welcome the efforts and the remarkable progress made in the field of human rights and more precisely of sexual and gender minorities through Resolution 275 adopted during the 55th Ordinary Session of the ACHPR held from April 28 to May 12, 2014, in Luanda, Angola, which expressly prescribes to the States [the responsibility for] protection against violence and other violations of human rights of persons on the basis of their real or supposed sexual identity or orientation.

Although this resolution specifically addresses the provisions of Articles 1, 2, 3, 4 and 5 [1] of the African Charter on Human and Peoples’ Rights and calls on states to respect human rights in an inclusive manner, acts of violence and other human rights violations continue to be committed against people on the basis of their real or perceived sexual identity or orientation.

We continue to encounter inappropriately hostile actions and policies towards these de-societalized and dehumanized people and their defenders.

Mr. President, this is the case:

Mr. President, thank you for your attention!
Courtney Stans, the author of this article, is a Cameroonian journalist who writes under a pseudonym. Contact her at [email protected] 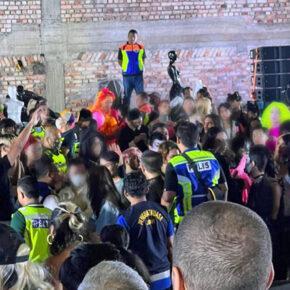 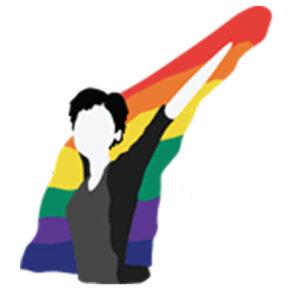