Brunei’s harsh anti-gay law took effect today, allowing death by stoning for same-sex intimacy and for adultery. You can join international efforts seeking to apply so much pressure on Brunei that it reverses course.

LGBTI rights activist Bruno Agar outlines some of the possibilities:

1. Protest in writing to the Sultan of Brunei

The country’s top leader is Sultan Hassanal Bolkiah. Here are his addresses:

2. Protest to Brunei’s ambassador to your country

Actor George Clooney has called for a boycott of nine high-end hotels — three in the UK, two in the US, two in France and two in Italy — owned by the Brunei Investment Agency.  Several other celebrities, including Elton John, Ellen DeGeneres and Jamie Lee Curtis, joined him in vowing to boycott the Brunei-owned hotels, which comprise a hotel group called The Dorchester Collection.

These are the hotels:

See below for a discussion of whether boycotts are effective.

4. Protest in writing or by phone to the Brunei Investment Agency, which owns the hotels

This is its address:

That is the appeal by Ellen DeGeneres to her followers.

The website Out With Ryan suggests ways to spread the word:

Step 1: Please Boycott Brunei’s hotels & share this article. We need as many people to boycott to signal to the Sultan we won’t be silent.

Step 2: Call out influencers or celebrities who promote these hotels. They are influencing thousands of people to stay and probably being paid to promote with blood money.

Step 3: Contact your local MPs and get world leaders to speak up about this issue. Call on your country’s representatives to speak up & take action.

Step 4: Donate to orgs helping LGBTQ people in danger. Rainbow Railroad is my #1 choice as they help LGBTQ refugees seek a better life in Canada.

In addition, readers have suggested in comments on this blog:

A nationwide survey found that business leaders consider boycotts to be more effective than other consumer techniques such as class action suits, letter writing campaigns, and lobbying. Because well-organized boycotts directly threaten sales, company leaders take them seriously (Friedman, 1991) (See Resources.) According to Todd Putnam, former editor of the now-defunct National Boycott News, “Boycotts used to take between five and ten years to get results, but now they take about two. That’s because they’re better organized and get more media attention: corporations recognize the damage potential much earlier.”

A country or state’s government may be involved in objectionable practices.

Suggested Approach: Boycott an industry or company crucial to that government. This is known as an indirect boycott. As a result, organizers hope the company will pressure the government into yielding to the boycotters’ demands. The industry chosen for an indirect boycott should: have strong business and/or financial ties with the country or state government, understand activists’ goals and businesses’ potential in achieving them, and be able to exert substantial pressure on its government.

Example: In opposition to French nuclear testing, the International Peace Bureau called for a boycott of French products. The French wine industry was hit especially hard by the boycott because of its international popularity. According to Bruce Hall, coordinator for the Comprehensive Test Ban Clearinghouse, the boycott combined with the protests had a real impact: the number of tests were reduced by 25 percent. Additionally, French President Chirac committed to signing on to a Comprehensive Test Ban Treaty.

Organizing: Getting Institutional Support For Your Boycott

Bruno Agar, Ph.D., is a member of the African Human Rights Media Network and lecturer at the University of Paris-Saclay Evry-Val-d’Essonne. His professional focus is on contemporary media issues, especially in the African context.

This article was revised April 4, 2019, to correct the account of Brunei’s leadership. 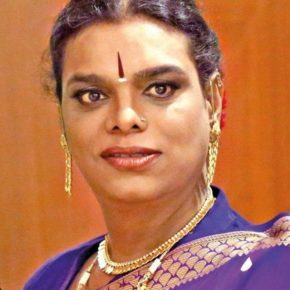 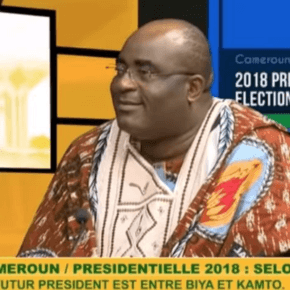