Malaysia’s tourism industry wants the country to keep attracting the money of gay and lesbian tourists, even though Malaysia keeps cracking down on its LGBT citizens.


The country even has an anti-homosexuality law under which it imprisoned an opposition leader for four years.

That puts Malaysian tourism promoters in a difficult position, which they don’t always handle well.

The prime example is Malaysia Tourism Minister Datuk Mohammadin bin Ketapi, who said: “I don’t think we have anything like that [gays] in our country.”

Deutsche Welle reported on that blunder, which Mohammadin made earlier this month during a Malaysian promotional event at ITB Berlin, the world’s largest tourism fair.

Malaysian Prime Minister Mahathir Mohamad attacks homosexuality as an unwelcome characteristic of “Western values” and warns outsiders: “Don’t force it on us.”

One official told gays they should keep their identities secret.

Two Malaysian women were caned in public last year after being convicted of lesbianism in a shariah court.

Former opposition leader Anwar Ibrahim was sent to prison for four years after being convicted of sodomy in 2014.

The state government in Terengganu on the east coast of Malaysia developed a plan for an “awareness course” that would seek to bring trans women “back to the right path”.

Malaysia’s tourism ministry has done its best to repair the damage caused by Mohammadin’s remarks.

What he meant to say, according to the ministry, was that Malaysia has no plans for tourism campaigns appealing to the LGBTQ community, the Malay Mail reported.

“As a main tourism destination in Asia, Malaysia has never and will not do anything to stop our guests based on their sexual orientation, religion and cultural beliefs,” the ministry stated.

Datuk Dr Mah Hang Soon, deputy president of the Malaysian Chinese Association, said that the minister’s statement made Malaysia a laughing stock. The Singapore Straits Times quoted him as saying about Mohammadin:

“All he needed to say was that Malaysia is a safe country and every tourist is safe here. Instead, he made this outlandish remark that homosexuality does not exist in Malaysia. Malaysia does not ask or care about the sexual orientation of tourists.” 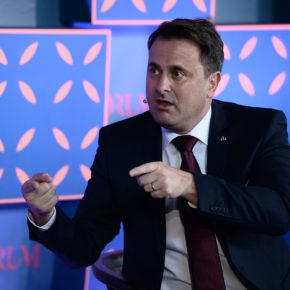