Leaders from Arab countries were taken aback by his statements at last month’s EU-Arab Summit, where he pointed out that he could be executed in some Arab countries because he is married to a man.

As the first openly gay man in a position of political leadership in the EU, Bettel said he
was compelled to raise the issue of egregious treatment of the LGBT community by Arab countries.

“Saying nothing was not an option for me,” he wrote on Twitter.

He said, “If I as a gay person would not talk about that, I would have a problem,” Euronews reported.

Bettel’s comments were met with an “icy silence” from some members of the audience, while others revelled in a “quiet joy,” German journalist Stefan Leifert said.

The statements were made in Egypt, the host country for the first EU-Arab summit.

“We are two different cultures. … Our priority is preserving our countries and stopping them from collapse, destruction and ruin, as you see in many surrounding states.”

Sisi’s regime has arrested many political opponents, many journalists and hundreds of LGBT people.

Human Rights Watch has reported that after Sisi took power in a coup in 2013, he “appeared to embrace persecution of gays and trans people as a political strategy.”

For more information, read the full article in The Guardian, “Luxembourg PM Takes Arab Leaders to Task on Gay Rights at Summit.”

The author of this article is Vuyiswa Mkhwanazi, a student at the University of the Witwatersand [Wits University] in Johannesburg, South Africa. Mkhwanazi is an avid supporter of the LGBT+ community who is majoring in media studies and psychology. 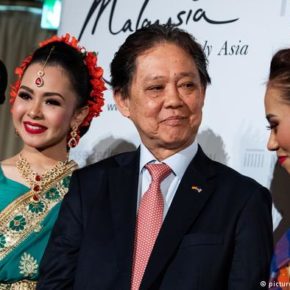