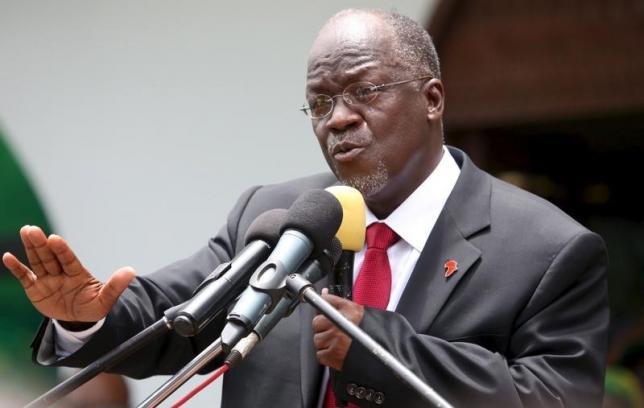 Cutting off foreign aid to homophobic countries can work, but only as a weapon that’s used with discretion. That seems to be the moral of the story of Tanzania’s latest round of anti-gay repression.

The LGBT+ rights organization Pan Africa ILGA and representatives of 10 gay-friendly organizations in Tanzania issued a statement on Nov. 26 that international donors shouldn’t cut aid to Tanzania in response to its crackdown on its gay citizens. Aid cuts would be blamed on LGBT Tanzanians, who would be turned into scapegoats, the statement said.

But by Nov. 26, an aid cut had already been implemented by the World Bank and had already had an effect on Tanzanian policy. Perhaps the Pan-Africa ILGA statement should be read as an appeal for NO MORE aid cuts.

A new commentary by Human Rights Watch researcher Neela Ghoshal makes clear that the pressure from the World Bank led to Tanzanian officials backing off the most extreme of their homophobic positions, but without abandoning anti-gay repression entirely.

Ghoshal does not advocate aid cuts, but these excerpts from her commentary show that World Bank actions had a positive effect:

When Regional Commissioner for Dar es Salaam Paul Makonda announced a campaign against gay men in the East African city in late October, the Bank, which is Tanzania’s largest donor, took an unprecedented step: On November 7, it suspended all Bank missions to Tanzania, citing the safety of Bank employees.

The same month, the World Bank decided not to put forward a $300 million education loan to Tanzania, expressing concern over the exclusion of pregnant girls and teenage mothers from Tanzanian schools.

The Tanzanian government responded. According to a World Bank statement, in a meeting on November 17 with senior Bank officials, President John Magufuli “assured the Bank that Tanzania will not pursue any discriminatory actions related to harassment and/or arrest of individuals, based on their sexual orientation.”

The Bank’s vice president for Africa, Hafez Ghanem, told the press with no ambiguity, “The government reassured us that there would be no more discrimination against people of any ethnicity, religion or sex orientation.”

Magufuli agreed in the same meeting “to find a way for pregnant girls to return to school” and to reconsider a troubling Statistics Law that suppresses freedom of expression, and, if fully enforced, would potentially get the World Bank into trouble if it published its own statistics on human development.

Ghoshal points out that only the most extreme aspects of the Tanzanian crackdown were affected by the pressure from the World Bank:

Can we expect a dramatic turnaround on human rights in Tanzania?

Since 2016, the government has banned HIV prevention activities, targeting men who have sex with men and other key populations, prohibited the distribution of water-based lubricant for HIV prevention, and raided meetings on health and human rights, accusing activists of “promoting homosexuality.”

Magufuli has not renounced any of these discriminatory policies and practices, which deprive LGBT people of the right to the highest attainable standard of health.

Charges still stand against 10 men arrested in Zanzibar in early November for allegedly participating in a same-sex wedding. Their lawyers say they were simply relaxing at the beach. …

Meanwhile, other human-rights abuses continue: The government has banned newspapers, fined TV stations, arrested and prosecuted journalists, bloggers, and opposition politicians, and put into effect a slew of legislation that curtails freedom of expression and the right to privacy. …

Much more needs to change for Tanzania, previously known as a politically stable partner in the region, to shed its Magufuli-era reputation as a bulldozer of human rights.