The southeast African country of Malawi remains torn about homosexuality — unwilling to repeal its anti-homosexuality law, but also unwilling to enforce it. This month’s arrest and subsequent release of a gay couple demonstrated the mixed signals that Malawi sends to its LGBT citizens.

These excerpts from a Washington Post article illustrate the latest wrinkles in the complex situation:

The subject of LGBT rights has resurfaced on the front pages of Malawi’s media. Another [gay[ couple’s arrest – this time, that of Cuthbert Kulemeka and Kelvin Gonani – triggered media interest and public furor.

Kulemeka and Gonani were arrested Dec. 7 under Section 153 of Malawi’s penal code that criminalizes “carnal knowledge of any person against the order of nature” – locally interpreted to mean sodomy. A sodomy conviction can bring a maximum penalty of 14 years imprisonment with hard labor in Malawi.

How Kulemeka and Gonani wound up in police custody is somewhat hazy. According to a police spokesperson, Kulemeka met Gonani at a bar in Malawi’s capital city, Lilongwe. From there, they left for Gonani’s house, where they had consensual sex. Neighbors descended on Gonani’s house, accusing the two men of being homosexuals and threatening to impose summary justice until police intervened. According to police, Kulemeka and Gonani confessed to having consensual sex; based on this confession, they were charged with sodomy.

Once again, after an international outcry, Malawi released the pair.

Back in 2010, when [Steven Monjeza and Tiwonge Chimbalanga] were arrested and then convicted, international donors objected vociferously. Malawi responded. Only 11 days after the pair were sentenced to 14 years in prison, then-President Bingu wa Mutharika pardoned Monjeza and Chimbalanga – not coincidentally, during an official visit from UN Secretary General Ban Ki-Moon.

That’s what happened again this time. U.S. Ambassador to Malawi Virginia Palmer called on the Malawi government “to drop the charges … as quickly as possible,” in a statement published on the Embassy’s Facebook page. German Ambassador to Malawi Peter Woeste urged the Malawi government to honor its policy “not to arrest, detain, charge or pursue people engaged in consensual same-sex activity.”

Objections also erupted from local minority rights advocacy organizations, notably the Center for Development of People (CEDEP) and the Center for Human Rights and Rehabilitation (CHRR). Both condemned the arrest and demanded that the government immediately release Kulemeka and Gonani.

And that’s exactly what the Malawi government did. In December, the Minister of Justice Samuel Tembenu issued a statement saying the government is committed to “adhere to universally accepted human rights standards,” to “review the penal laws on homosexuality,” and to abide by a “moratorium on arrests and prosecution of consensual homosexual acts.”

Similarly inconclusive controversies have been frequent in Malawi in recent years:

Human Rights Watch report: “The lack of clarity about the legal status of same-sex conduct leaves LGBT people vulnerable to arbitrary arrests, physical violence, and routine discrimination. The justice minister issued a moratorium on arrests for adult consensual same-sex conduct in 2012, but there are divergent views about its legality.”

For six years, Malawi has imposed a moratorium on arrests for alleged violations of the nation’s laws against gay sex, but police have now arrested a man on suspicion of being gay and charged him with indecency.

High Court Judge Dingiswayo Madise granted an injunction requested by anti-gay pastors seeking an end to the government’s moratorium on arrests under the country’s anti-homosexuality law during court deliberations on that law’s constitutionality.

The government of Malawi announced that charges have been dropped against two men arrested Dec. 7 for alleged homosexual activity. In a statement, Justice Minister Samuel Tembenu reaffirmed Malawi’s moratorium on arrests and prosecutions for alleged violations of the country’s anti-gay law, which has been challenged as unconstitutional and in violation of Malawi’s commitments to uphold international standards of human rights. 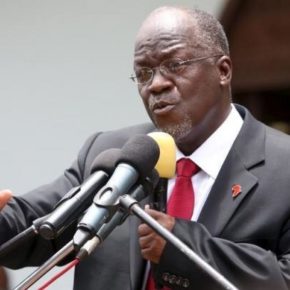 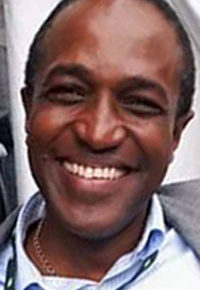