Once again, Montego Bay Pride was a success, and this year’s fourth annual celebration was larger than ever. Here are some excepts from Facebook posts and news articles about the multi-day celebration, which this year included a March for Rights seeking recognition of the human rights of LGBTQI people.

It’s an honour to know you.

For the first time, brave LGBTQI activists took to the streets to march in Montego Bay Pride. In previous years, Montego Bay Pride consisted of private parties and flash mobs in secret locations. [This year] more than 1,000 people took part.

Organizer and AIDSlaw human rights lawyer Maurice Tomlinson said Jamaica’s LGBTQI community “remains undaunted in light of countless threats of violence from right-wing extremists.” We stand in solidarity with them and salute their courage!

A video of the March for Rights shows that it was joyful, though risky, for participants.

LGBT march with pride in spite of fear

Some members of the lesbian, gay, bisexual, and transgender (LGBT) group took to the streets of Montego Bay, St James, on Sunday to make it clear that they would like to be accepted in society the way they are.

In a well-organised march, the LGBT community managed to evade the eyes of the wider public as they used a deserted roadway in the parish. In a three-minute video, persons were seen gyrating and having a good time as music blasted in the background.

Organiser of the march and president of Montego Bay Pride Maurice Tomlinson said that the event was a success and incident-free even though there was fear among the revellers.

“At the outset, there was fear. Many persons who were on the march were skeptical, but the police had a large presence. I think there were about 25 of them and the roads were blocked off, so it would be hard for anyone to come on the march and do us any harm,” he said.

Tomlinson told The Gleaner that the LGBT community is aware of the homophobic society that they live in, and so it was a pleasure to see that so many persons walked bravely to showcase that they are someone as well.

“We hoped to get at least 50 LGBT Jamaicans to bravely walk despite the very real fears that the community feels as a result of the alarming levels of homophobic violence and views that exist in our society. However, more than 100 persons showed up,” he said.

The march, which was called ‘Walk for Rights’, was done at the end of their annual Pride week. Tomlinson said that it was a new development as the LGBT community tries to raise awareness among the nation.

He said that they were no longer willing to accept the denial of their human rights by some members of society and the Government, and through the march, they aimed to open the minds of people and stop homophobia.

Head of the Corporate Communications Unit of the Jamaica Constabulary Force (JCF) Assistant Superintendent of Police Dahlia Garrick said that the permit was sought and given to the organisers for the 30-minute event. She said that the JCF recognised that the human rights of every citizen should be respected, and as such, they were not denied their rights.

“We ensured that their human rights were observed and respected, and they were given the highest level of professionalism,” she said.

Tomlinson said: “Montego Bay Pride deliberately coincides with this holiday (National Heroes Day), which celebrates our heroes who struggled and sometimes died for complete liberation of all Jamaicans. Our heroes’ many sacrifices were also made for LGBT citizens.”

He added that there were more marches in the pipeline, and they were hoping that more groups and organisations, including corporate donors, would assist in the upcoming events.

Tomlinson wrote to the Gleaner:

As a small grass-roots ‘Pride’ we have been able to be very ‘edgy’. So, growing from a small pool party in 2015 with just over 150 persons, we have constantly added programmes, and this year, we had a weeklong celebration that saw over 1,000 persons participating. Some of the highlights from this year’s Pride included an LGBT film festival, which included the world premiere of A Colourful Fight, which was produced entirely in Montego Bay. We also had a thought-provoking panel discussion on the different approaches to LGBT liberation, globally.

Our social justice project saw LGBT community members painting a building that serves the public, and this year, it was the Cornwall Regional Hospital. A Pride Praise & Worship Service presided over by the Rev Canon Garth Minott preceded the groundbreaking walk and a fun-filled beach day. In addition to many local and international guests this year, we also welcomed a representative from the EU delegation in Jamaica.

Montego Bay Pride will continue to ‘push the envelope’ so that one day, LGBT people will not only feel but actually BE legal in our homeland. 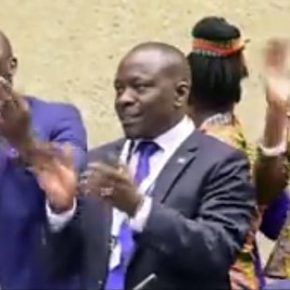 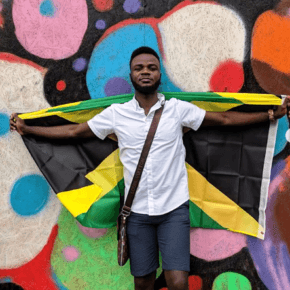