“Notwithstanding daily inhumane and political opposition, LGBTQI Jamaicans will not deny who they are. They unite twice yearly to celebrate their identity as non-conforming / non-binary people.

“We host two annual Prides — PrideJA and Montego Bay Pride. Since 2015, both Prides have been successful, continuing to make life-changing and phenomenal impacts on the personal lives of LGBTQ Jamaicans whose lives are struggles waged in an atmosphere of bigotry and hate.”

Freedom and heroism — two themes of the country’s Pride celebrations — are reflected in their timing.

PrideJA 2017 kicked off on Aug. 1, which is Jamaica’s Emancipation Day, celebrating the date in 1834 when all slaves in the British Empire were freed. Early August also marks the nation’s independence from Great Britain on Aug. 6, 1962.

“It is genius of J-FLAG — Jamaica’s foremost human rights organization that politically advocates for the rights of LGBTQ-identified Jamaicans  to be recognised and respected — to have scheduled PrideJA on those historic dates from Jamaican history,” Brown said.

In addition, on Oct. 16, Jamaica celebrates Heroes Day in remembrance of seven national heroes. That weekend (Oct. 12-15) is the date for  Montego Bay Pride.

“Another genius endeavor of Jamaican LGBTQI human rights activists and attorney Maurice Tomlinson is to host Montego Bay Pride at these historic dates. The government of 1969 named the third Monday of October as National Heroes Day and that week as National Heritage Week, when the country honours its national heroes who fought for freedom, equality, equity, for the emancipation and independence for their country and people,” Brown said.

Montego Bay Pride has received several international endorsements, including ones from Rainbow Railroad, InterPride, All Out and philanthropist Karim Ladak.

Registrations for Montego Bay Pride are currently being accepted online.

“Although Jamaica has a reputation in the West for being the world’s most homophobic country, it has a proud, resilient, intellectually strong, dynamic and energetic LGBTQ community.

“Although it is a democracy, the state has adopted its ‘morals’ from foreign religious fundamentalists, incorporating their  ancient dogmas into Jamaica’s constitution and statutes, knowingly contradicting the nation’s own charters of fundamental rights and freedoms guaranteed to all citizens .

“These fundamentalists have built churches all across Jamaica — an average of one per square mile. For that reason, we need more pride, more often.

“The church with its influence had grown to become society’s ‘conscience’ with teachings that condemn adults who are involved in same-sex intimacy. A chapter in the biblical Book of Leviticus was remodeled into a statute named the Buggery Law. This energizes homophobia and transphobia, thus making it almost impossible for LGBTQ-identified Jamaicans to fully enjoy their human rights and freedoms .

“I encourage all who support human rights and all who are Jamaicans and who love Jamaica’s LGBTQ community and her cultures, and who understand the struggles of being an LGBTI Jamaican to support these great Pride events.

“It’s not just gay pride. It’s about our pride individually and collectively.” 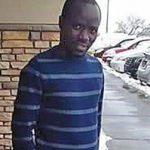