A 20-year-old man died Aug. 12 in Cameroon from a beating administered by his older brother, who objected to the young man’s sexual orientation.


Kenfack Tobi Aubin Parfait, a student at the University of Douala, was killed after his older brother concluded that he was gay.

According to an activist who was on the scene soon after the incident:

The older brother confronted Kenfack on Aug. 12 about suspicions of Kenfack’s sexuality.

Kenfack did not deny that he was gay. In fact, he said nothing.

As their older sister looked on, the older brother began punching Kenfack and beating him with a stick. The beating continued until the youth was dead.

Neighbors reported the crime to Douala police at the Bepanda gendarmerie.

Police responded  to the family’s home.  By the time they arrived, the older brother had fled.

They arrested the older sister on a charge of failing to help a person in danger.

Family members  expressed relief that they no longer will need to live with the gay brother.

The case has not gone to court. It is currently in the hands of law enforcement authorities.

Meanwhile, the family is seeking the release of the older sister.

The older brother remains at large.

Winner urges families in Cameroon to heed the words of talk-show host Ellen De Génères, who is a lesbian:

“I don’t know what people are scared of. Maybe they think their children will be influenced, but I’ve got to tell you, I was raised by two heterosexuals. Everywhere I looked — heterosexuals. And they did not influence me. It’s time we love people for who they are and let them love who they want.” 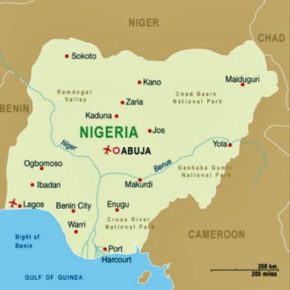