For six years, Malawi has imposed a moratorium on arrests for alleged violations of the nation’s laws against gay sex, but police have now arrested a man on suspicion of being gay and charged him with indecency.

The arrest was reportedly made for an alleged violation of Section 156 of the Penal Code (indecent practices between males) rather than under the country’s main anti-gay law,  Section 153 (carnal knowledge of any person against the order of nature).

Those laws are facing a constitutional challenge in court.

The Nyasa Times article about the arrest is below (uncorrected):

Malawi police said Wednesday they had arrested Limbani Sibande, 24, in northern city of Mzuzu, for presumed homosexuality at a time activist are demanding that laws banning homosexuality should be overturned.

The police have reportedly been keeping Sibande in custody since Thursday last week. He was arrested on suspicion that he is gay.

He has been charged with gross indecency the same offence the famous gay couple of Tiwonge Chimbalanga and Steven Monjeza were charged with in 2010.

According to his particulars sourced from police, Sibande hails from David Sibande Village in Traditional Authority Kampingo Sibande, in Mzimba District.

Gay rights activists have expressed concern that arresting people just because they are gay is human rights abuse.

“Homosexuality is not illegal in Malawi. It is the practice of it that it,” observed one activist.

The development comes when Scottish government ministers are set to raise human rights abuses in Malawi with the country’s president, Peter Mutharika, who is on an official visit to Scotland.

Gay rights campaigners have been urging political leaders who meet Mutharika on his visit to Holyrood to demand the end of anti-gay laws in the southern African country where homosexuality is outlawed. The laws have led to the imposition of prison sentences of up to 14 years.

A Scottish government spokesman said it “condemns human rights abuses wherever they occur”, adding: “We expect states to abide by international human rights obligations. This is an issue we will raise.”

The issues of homosexuality has been emotive in Malawi with the Muslim Association of Malawi (MAM) spokesperson Sheikh Dinala Chabulika calling for gay people to be condemned to death.

Chabulika stated that homosexuality is not only against the Islamic teachings and religion but also an abomination and therefore emphasized that those practising it be executed.

He further emphasized that as the Muslim Community, they will never change their stand on the matter that homosexuals need to be handed death penalty as a way of making sure that the issue is curbed.

In the article, Chabulika stated that homosexuality is not only against the Islamic teachings and religion but also an abomination and therefore emphasized that those practising it be executed.

He further emphasized that as the Muslim Community, they will never change their stand on the matter that homosexuals need to be handed death penalty as a way of making sure that the issue is curbed

Chabulika trashed the call by Malawi government through the Malawi Human Rights Commission (MHRC) on the need to conduct a survey to sort views of Malawians on Homosexuality practice which is under the LGBTI (Lesbians, Gays, Transgender and Intersex) blacket, saying the Inquiry is ‘unnecessary’.

If we go by the christianity religion, homosexuality is a seen punishable by death as written on Leviticus 20:13 just like other sins that include aldutery, contempt to the judge or Priests among others.

However, most African and Islamic countries regard homosexuality as the worst sin even though the Bible says ‘No sin is bigger than the other’ before the eyes of God. 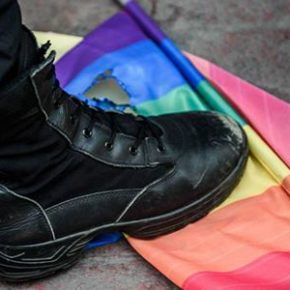