According to a defendant, the Dec. 7 incident included:

Gift Trapence, executive director of the Malawian human rights organization CEDEP (Centre for the Development of People), which promotes the sexual health and human rights of minority groups, said:

“We are worried that the Malawi government is failing to implement its own local and internal commitments on human rights. Foremost we expected the government to protect all Malawi citizens equally.

“We are surprised that the same government that received Global Fund money to implement HIV-related activities  in the LGBTI community is now arresting them.

“The question is how can LGBTI persons access HIV prevention services when the same government then is making arrests against LGBTI?”

“We need to hold them accountable,” said the Rev. MacDonald Sembereka of Malawi, who works with the Global Interfaith Network on Sexual Orientation and Gender Identity (GIN-SOGI).

“Activists from across the world don’t believe what [the government] has shown in the Aids plan.”

About the arrests, he said, “It’s not a big surprise.” Most people in the current government are “the same guys” as in the Bingu wa Mutharika regime that extended from 2005 to his death in early 2012, Sembereka said.

The next president, Joyce Banda, took office in April 2012. She called unsuccessfully for the repeal of Malawi’s anti-sodomy law; the moratorium on arrests under that law was first announced in November 2012.

“We need to make sure not to allow that to go on,” Sembereka said.

Cuthbert Kulemela, 19, and Kelvin Gonani, 39, were arrested Dec. 7 for allegedly having sexual intercourse inside Gonani’s home. They were charged and detained, despite the 2012 decision by Malawi officials to halt such arrests countrywide.

According to an interview after they were released on bail:

On the night of Dec. 6, Gonani had gone out drinking with friends in Area 25, a township in the city of Lilongwe.  At the end of the evening, he went home with Kulemera, whom he had just met.

Gonani was woken up by a commotion outside his rented house at around 3 a.m. Apparently, a few minutes before this disturbance, Kulemera had slipped out of the house. Outside he encountered members of the community police, who asked him where he was coming from.

They then went to Gonani’s house and demanded that he let them in.  The community police were joined by Gonani’s neighbors and others, who demanded that Gonani leave the house.  They then entered the house, ransacked it, stole his valuables, assaulted him and Kulemera, and suggested that they should be burned alive.

Gonani pleaded that he be taken into protective custody by the Malawi Police Service. The two men were driven in Gonani’s car to a police unit at Nsungwi in Area 25. On the way, they were continuously insulted by community police members, who also demanded money from them. 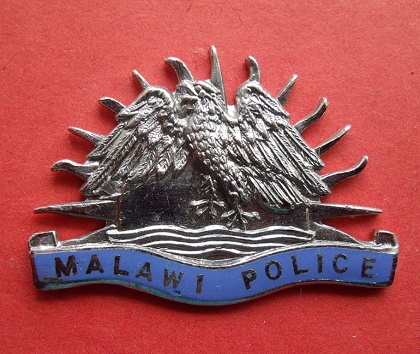 When they arrived at the Police Unit, the men were locked up. They were later transferred to Kanengo Police Station, where they were interrogated and further insulted. Their pictures were taken by police officers without their consent; those photos have been widely distributed on social media in Malawi.

The pair were later forced to walk to a nearby clinic for a medical examination. On the way to the clinic, with their hands cuffed, the officers accompanying them pointed them out to passersby in order to humiliate them.

At the clinic, they were forced to strip. An invasive examination of their private parts was conducted. Still in handcuffs, they were later taken to Kamuzu Central Hospital, Lilongwe’s referral hospital, for further tests. At the hospital, they were subjected to compulsory HIV and STI tests.

Kulemela and Gonani were granted police bail on Dec. 8. Their bail bond form indicates that they are being charged with sodomy in violation of Section 153 of the Penal Code (carnal knowledge against the order of nature), which is punishable by a prison sentence of 14 years.

An article in The Times of Malawi quoted a police spokesperson as denying that the men were arrested:

National Police spokesperson, Nicholas Gondwa, [said] the police did not arrest the suspects.

He argued that the police only acted to protect the lives of the two from the angry mob that was stoning the house of one of the suspects.

“People may perceive it as an arrest but what we did was to protect them. We took them to our police office just for their own safety because on that day, these two people’s lives were in danger.

“People, who surrounded the suspect’s house, could have done anything because they know [him] as one of the people who sodomise young boys. That’s why we released them two days after the arrest,” said Gondwa.

However, the bail document, a copy of which was obtained by this blog, indicates clearly that an arrest was made for alleged sodomy. (See photo above.)