Nollywood comic actor John Okafor (well known for playing Mr. Ibu) is one of the stars in a new romantic movie that tackles homophobia.

Nollywood is far behind when it comes to authentic representations of LGBTIQ characters in its films. It is known for its biased, sensationalized and stereotypical approach to telling stories with LGBTIQ characters.

Okafor has spoken against homosexuality in the past. In 2012, he said gay actors were a “virus” in Nollywood. In 2016, he was quoted saying that homosexuals were taking over the Nigerian movie industry and “They are killing the industry.”

The new film, titled “The Eve,” was scheduled to be screened in Lagos on March 24 at the Day Dream Pool Club, Landmark Towers, Victoria Island. It will premiere nationwide just before Easter weekend (on Thursday, March 29).

An initiative of Cut24 Productions, the film is directed by rapper-turned-director Tosin Igho. It is about preparations for a supposedly happy couple’s wedding day. The young couple, Funsho and Yewande, have shockingly different personalities.

Just before the wedding, Funsho and his three childhood friends set out on a pre-wedding getaway and a bachelor’s night. Things quickly go awry, as events and revelations raise more questions than answers for the couple.

The producers say it is the first Nollywood movie of the modern era to tackle homophobia as a subplot.

The film, which lasts under two hours, explores many themes, including homosexuality.

“The movie is an engaging love story that explores the themes of weddings, marriage, sex, friendship, dating, cheating, celibacy, partying, and homosexuality in a refreshing, comical and thrilling manner. It’s definitely a must-see for everyone,” said executive producer Femi Odugbemi.

If the film lives up to its promise, it will be a positive step for mainstream media toward the recognition of LGBTIQ people’s struggles. 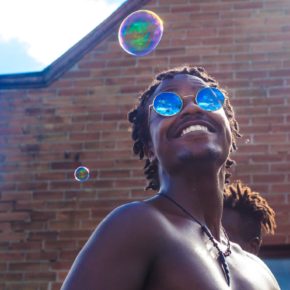