An international conference planned for Oct. 12-13 in Jamaica will focus on how churches have helped to impose anti-LGBT laws in the past and how they can help to eliminate them in the future.

The role of churches in ending anti-sodomy laws

The United States, Canada and the United Kingdom have once again celebrated Pride and many LGBTQI people and their allies in these Global North countries reveled in the hard-won advances for the recognition of human rights for our communities.

But 73 countries across the world still criminalize private same-gender intimacy between consenting adults, with 11 imposing the death penalty. These so-called anti-sodomy laws got their name from a misinterpretation of the biblical story of Sodom and Gomorrah, and the majority of the statutes were imposed during the period of British colonization.

Originally, sodomy was only considered an offence against church morals and was therefore tried in ecclesiastical courts.

However, King Henry VIII of England introduced the first criminal charge of sodomy during his messy “divorce” from the Catholic Church as a way to seize church property. A criminal charge would result in one’s property being forfeited to the Crown and it was a well-known fact that sodomy was very popular among the priests in abbeys.

Across Europe, anti-sodomy laws followed the English model to reflect church teaching. But during the French Revolution, the church was seen as corrupt and colluding with the oppressive regime, so the revolutionary leaders simply removed the anti-sodomy laws in the new criminal code to achieve a strict separation of church and state. The new rulers of France believed that consensual sodomy harmed no one and to criminalize this activity would mean enforcing strictly religious morality laws with no national benefit.

The French criminal code was imposed on the nations Napoleon conquered in Europe. Hence, anti-gay laws were expelled from the continent (and their overseas territories) many centuries before Britain, although some states like Germany, briefly reintroduced them.

The British also imposed their laws across their vast overseas empire: this fact is why the overwhelming majority of countries with anti-sodomy laws are former British colonies.

It took several hundred years for the last anti-gay laws to be finally struck down in the U.K. (in 1981). The U.S. Supreme Court ruled that these statutes were unconstitutional only in 2003.

Tragically, these archaic edicts stubbornly persist in the (British) Commonwealth of independent nations. Ironically, many of these statutes are now viewed as demonstrating the moral and political independence of Commonwealth countries FROM Britain.

To mark the 50th anniversary of the first Commonwealth repeal of these statutes in England and Wales, a conference will be held in Jamaica from Oct. 12 to 13, 2017. That country’s 1864 law still criminalizes same-gender intimacy with up to 10 years’ imprisonment. Since 2012, those convicted under this archaic law must also register as sex offenders and always carry a pass or face up to 12 months’ imprisonment plus a fine equivalent of about US$9,000 for each offense.

These laws not only serve as a license for horrendous anti-gay attacks, including murder, but also contribute to the Caribbean having the second-highest HIV prevalence rate after sub-Saharan Africa.

In Jamaica, men who have sex with men are also driven underground and have the highest HIV prevalence rate in the Western Hemisphere, if not the world, at 33%.

As long as the anti-sodomy law exists, it will hinder a truly effective HIV response in Jamaica. For this reason, with the support of the Canadian HIV/AIDS Legal Network, I launched a constitutional challenge to the country’s anti-sodomy law. The case is currently ongoing.

Churches play a significant part in the debate on decriminalizing sodomy. The Oct. 12-13 Commonwealth conference, the first of its kind, will address the (past, present and future) role of churches in ending anti-gay laws and will also seek to establish an ecumenical framework for removing these statutes.

Nearly two dozen highly qualified academic and theological presenters are slated for what is planned to be a highly interactive dialogue with over 200 participants.

The Anglican Primate of the West Indies, his Grace, the Most Rev. Dr. John Holder, will deliver the keynote address and panelists and facilitators will expound on the positions of their churches in Barbados, Canada, England, Jamaica, Scotland, Nigeria, the Solomon Islands and the United States.

This two-day event is free to attend and will be live-streamed. We hope the conference will be the start of a dialogue to end these unjust laws wherever there is a Christian presence because “Until we are all free, we are none of us free.” 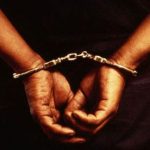