Prosecutors in Muslim northern Nigeria have charged 53 people with attending a supposed gay wedding. The arrestees pleaded not guilty to the charge, saying that they were at a birthday party, not a gay wedding.


Nigeria’s Same-Sex Marriage (Prohibition) Act of 2014 calls for prison sentences of up to 14 years for any Nigerian who enters into a same-sex marriage and up to 10 years to anyone who attends or assists in a same-sex wedding. In addition, sharia law, which applies in northern Nigeria, provides for the death penalty for homosexual activity by men, but no such punishment has actually been reported there.

The April 15 arrests mirrored a 2015 incident, when sharia police in northern Nigeria arrested 12 “feminine” young men in the middle of a birthday party that police alleged was actually a gathering to celebrate a gay wedding.

The BBC reported on April 20:

Prosecutors in the northern Nigeria state of Kaduna have charged a group of 53 people with conspiring to celebrate a gay wedding.

The accused, arrested last Saturday, have denied the allegations, with their lawyers saying they were illegally detained.

The court released the group on bail and the case was remanded to 8 May.

Homosexual acts are banned in socially conservative Nigeria and are punishable by up to 14 years in jail.

During a court appearance in Chediya-Zaria, the group pleaded not guilty to charges of conspiracy, unlawful assembly and belonging to an unlawful society.

Defence lawyer Yunusa Umar said most of the accused were students and had been illegally detained for more than 24 hours, the local Premium Times newspaper reported.

Gay rights campaigners who have been in touch with people involved in the case told the BBC’s Stephanie Hegarty in Lagos the accused were arrested at a birthday party, not a wedding.

Nigeria has an influential Christian evangelical movement in the south and strong support for Islamic law in the north, both of which oppose homosexuality.

In January 2014, the Hisbah, or Islamic police, in Bauchi state raided several locations and arrested about a dozen men accused of sodomy acts.

Some of the men later appeared before a Sharia court for a bail hearing and an angry crowd gathered outside, demanding swift and severe punishment.

Stones were thrown at the court and the hearing was halted.

Police had to shoot in the air to disperse the mob and get the suspects back to prison safely, though there they are also vulnerable.

The ban on homosexuality, brought into effect in 2014, is used by some police officers and members of the public to legitimise abuses against lesbian, gay, bisexual and transgender (LGBT) people, according to Human Rights Watch (HRW).

“Extortion, mob violence, arbitrary arrest, torture in detention, and physical and sexual violence” are common against people suspected of homosexual activities, HRW said in a 2016 report. 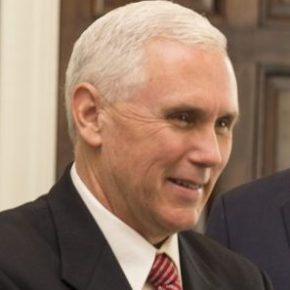