The Commonwealth of Nations, most of them former British colonies, has granted legal recognition to an LGBTI group for the first time. Overall, the group has a poor record on LGBTI rights — of the 52 countries in the Commonwealth, 36 have laws against consensual same-sex intimacy.

As a result of this landmark decision, TCEN is now the first and only LGBTI-focused organisation to be officially accredited by the Commonwealth.

Accreditation means that TCEN activists will benefit from increased access to, participation in and information about Commonwealth matters. It also sends a strong signal that the voices and needs of LGBTI people are legitimate and LGBTI activists have a vital role in civil society.

Established in 2013, TCEN is a diverse network of 38 civil society organisations in 39 countries working to challenge inequality and end discrimination against LGBTI people in the Commonwealth. The majority of TCEN members originate in low- and middle-income countries in the Global South. The Government of Canada has welcomed the Network’s accreditation, noting that TCEN “has challenged discrimination and countered homophobia and transphobia around the world—and today it represents a diversity of civil society organizations within the 52 member nations of the Commonwealth. This step will ensure that LGBTQ2 rights are an ever more important priority for the Commonwealth.”

TCEN is greatly encouraged by accreditation.

Caleb Orozco, Executive Director of the United Belize Advocacy Movement (UNIBAM) and the winner of the 2017 David Kato Vision and Voice Award, whose successful lawsuit ended in Belize’s anti-homosexuality being law struck down in 2016, said:

“Finally, Commonwealth governments have acknowledged that their LGBTI citizens’ dignity and rights are a part of democratic principles that should be at the policy table. As a citizen of the Commonwealth, it gives me hope that states will not leave totally the defence of rights to be the burden, alone, of individuals.”

Paul Dillane, Executive Director of the Kaleidoscope Trust, a London-based Network member and host of the TCEN Secretariat, said:

“Let us be clear about the scale of the challenge: 36 countries in the Commonwealth continue to criminalise consensual same-sex acts and in many others LGBTI people experience discrimination and violence.

“TCEN provides an important platform for activists around the world to organise and collaborate in the struggle for equality and freedom. This decision provides TCEN with a vital opportunity to put the human rights of LGBTI people on the agenda.”

TCEN will harness the momentum accreditation gives to continue the struggle for the dignity, equality and basic freedoms of all LGBTI people throughout the Commonwealth, particularly during next year’s Commonwealth Heads of Government Summit hosted by the UK in April 2018.

The decision was made on 1 June during the Board of Governors Meeting at the Commonwealth Secretariat in London, in the presence of Secretary-General The Rt Hon Patricia Scotland QC.

The Board of Governors consists of the High Commissioners or delegates of all 52 Commonwealth member states, including the UK.

Same-sex relations are still criminalised in 36 of the 52 Commonwealth countries, largely as a legacy of laws imposed during Britain’s colonial past.

90 per cent of Commonwealth citizens live in countries where same-sex relations are illegal.

Accreditation is a demonstration of the values of the Commonwealth Charter, which all 52 member states consented to in 2013. In particular, Article II states, “We are implacably opposed to all forms of discrimination, whether rooted in gender, race, colour, creed, political belief or other grounds” and Article IV states, “We accept that diversity and understanding the richness of our multiple identities are fundamental to the Commonwealth’s principles and approach.”

Equal Ground — Sri Lanka is a non-profit organisation seeking human and political rights for the lesbian, gay, bisexual, transgender, intersex and questioning (LGBTIQ) community of Sri Lanka. Equal Ground is committed to creating a safe space for all LGBTIQ individuals and to providing opportunities for self-help including mental well-being, economic, social and political empowerment, access to health, education, housing and legal protection for the LGBTIQ community.

United Belize Advocacy Movement (UNIBAM) is the oldest and only LGBT led policy and advocacy non-governmental organisation in Belize. Its broad theme of focus is health and human rights. Its mission is to be an advocacy organisation that uses rights-based approaches to reduce stigma and discrimination.

The David Kato Vision and Voice Award recognises the leadership of individuals who strive to uphold the sexual rights of lesbian, gay, bisexual, transgender and intersex people. It is awarded annually at the Kaleidoscope Trust Gala. 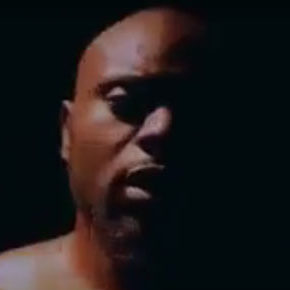