Russia says it plans to appeal.

Three leading Russian gay rights activists brought their case before the court after they were fined for holding placards between 2009 and 2012 which encouraged the acceptance of homosexuality.

They claimed the law violated rights to freedom of expression and prohibition of discrimination under the European Convention of Human Rights. It effectively bans the dissemination in Russia of any materials depicting homosexuality as normal.

The Strasbourg court said in a statement that such laws “reinforced stigma and prejudice and encouraged homophobia,” adding that “the very purpose of the laws as formulated and applied in the applicants’ case had been discriminatory and, overall, served no legitimate public interest.” …

Nikolai Alexeyev, one of Russia’s most prominent gay rights activists who brought the case before the European court, said the ruling was as “an enormous court victory for LGBT people in Russia,” adding that it would give his advocacy group the scope to have the law scrapped altogether.

The activist is no stranger to contesting Russia’s anti-gay laws before the Strasbourg court. After the Russian government banned a series of pride marches in the capital, Alexeyev took the case before the human rights court in 2010 and won. However, permission from cities for subsequent marches has nevertheless repeatedly been refused since.

Alexeyev and the two other applicants, Nikolai Bayev and Alexei Kiselyov, have staged several pickets promoting gay rights in Russia, with Alexeyev being detained numerous times. On one occasion, he claimed that Russian authorities had beaten him, breaking his finger.

Some regional governments had adopted versions of this legislation beginning in 2003, and it was enacted nationwide in 2013, setting up a showdown over LGBT rights ahead of the 2014 Olympics in Sochi. The law technically prohibits “propaganda of non-traditional sexual relationships to minors,” but authorities have used the rule to justify shutting down LGBT rights protests and fined a newspaper for reporting about LGBT issues. It also led to an investigation of Apple after it rolled out gay-friendly emojis for the iPhone, and been invoked in bizarre campaigns against everything from a statue of a pair of dolphins to a video of a tiger befriending a goat.

Tuesday’s ruling came in a lawsuit brought by three LGBT rights activists who were fined under local versions of the ban for protests staged between 2009 and 2012 at venues including a building used by the city administration of St. Petersburg, a children’s library in Arkhangelsk, and a school in Ryazan. After losing appeals to Russia’s Constitutional Court, they took their case the European Court of Human Rights (ECHR). The ECHR enforces a human rights convention ratified not only by all EU member states, but also Russia and 18 additional countries….

The Court also dismissed the Russian government’s claims that inappropriate material could “convert” children to homosexuality.

“The Court found that the Government had been unable to provide any explanation of the mechanism by which a minor could be enticed into ‘[a] homosexual lifestyle’, let alone science-based evidence that one’s sexual orientation or identity was susceptible to change under external influence,” the judges wrote.

The lone Russian judge on the panel, Dmitry Dedov, dissented from the ruling in an opinion that said “positive image of homosexuality adversely affects the development of children and puts them under risk of sexual violence.” 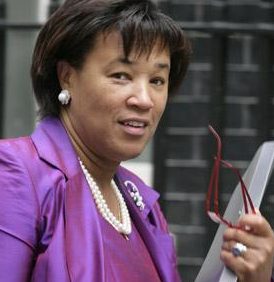