In Guyana, officials have backed away from the idea of holding a referendum on whether to recognize the human rights of LGBT people, but Jamaican officials are now discussing  just such a  plan as the only way they would allow a repeal of Jamaica’s “buggery law.” LGBT activists hate the idea of putting human rights to a vote.


First, here’s the news from Guyana, where officials are distancing themselves from their previous discussions of a referendum. As reported in Demerara Waves:

No decision on referendum to scrap buggery law – Harmon

The Guyana government has not discussed or decided to take the scrapping of buggery laws to a referendum, a move that appears to have allayed some fears by one of Guyana’s gay rights organisations.

“This is not an issue that has been ventilated at Cabinet and Cabinet has made no decision on that matter and so the question of a referendum, when it will occur and all of that, that is really not on the cards,” Minister of State, Joseph Harmon told a post-cabinet news conference on [June 2].

Responding to questions, he said President David Granger and Minister of Foreign Affairs Carl Greenidge had separately merely floated a referendum as a possible course of action, but Cabinet has not discussed the removal of that colonial era law. …

Executive member of the Society Against Sexual Orientation Discrimination (SASOD) Joel Simpson cautioned against the holding of a referendum on such a sensitive human rights issue that would elicit different types of responses.

“We are glad that the Minister of State is clarifying that this isn’t the coalition government’s position,” Simpson told Demerara Waves Online News. …

The SASOD official reasoned that taking human rights issues to a referendum would send a bad signal to the populace that they could decide to respect human rights based on their personal feelings or views on the matter.

“You are to respect people’s views, people’s freedoms, people’s dignity regardless of how you feel about them,” he said.

In Jamaica, Justice Minister Delroy Chuck says the government plans to hold a referendum on the “buggery law,” but has no schedule in mind for doing so. As reported in the Jamaica Observer:

Chuck: Buggery law will only be changed by a referendum

Justice Minister Delroy Chuck [on June 15] reiterated the Government’s position that Jamaica’s contentious buggery law will only be changed by a referendum.

However, while insisting on what he said was a personal position that homosexuality is morally “wrong”, Chuck questioned whether it was the business of the law to determine right and wrong of private sexual conduct.

“The Government’s position is clear and I will repeat it, the law will not be changed, save and except by a referendum. The buggery law will never be changed unless a referendum so decides,” Chuck told justices of the peace during a training seminar at the Beadle’s Hall in Santa Cruz.

Responding to what he said were questions being asked about his own position, the minister said: “Let me make it very clear, I do not believe that the anus is a sexual organ. I am against homosexuality (loud applause), quite frankly I believe it’s wrong but at the same time I believe it’s equally wrong for anyone to promote homophobia (hatred of homosexuals)…” he said.

He argued that people had a right to their own views and positions on issues. “…Once they do not infringe… your rights and freedoms we must respect them. In a democracy differing views must contend,” he said.

Chuck’s comments came against the backdrop of harsh criticism directed at him for reportedly suggesting that the church and faith-based groups were hindering the push to repeal the centuries-old buggery law, considered by many to be a breach of basic human rights.

Prime Minister Andrew Holness has said that buggery as well as other issues … will be decided by referendum.

Questioned by journalists [on June 15], Chuck said the Government had no clear time frame for the proposed referendum nor was it a priority, given the many problems facing the country. …

Chuck told the JPs that while Christian churches considered homosexuality immoral, so too were premarital sex and adultery and even cigarette smoking, though such behaviour was not criminalised.

“I acknowledge that the churches, in particular, take the view that they must promote Biblical teaching… But let us face it, premarital sex is immoral, adultery is immoral and at one time those were criminalised. I don’t think that the Church would now ask that they be criminalised,” he said.

“Buggery I say is wrong but where do we draw the line in private morality. Is it the business of the law to peep in people’s bedroom and say what they are doing in the privacy of their bedroom is wrong?” Chuck asked.

“… The Church of which I am a part must lead in love and compassion. We might disagree and condemn certain lifestyles, but bigotry, discrimination and the denial of human and social rights must be rejected … democracy deserves more, Jamaica is better than that,” he said. 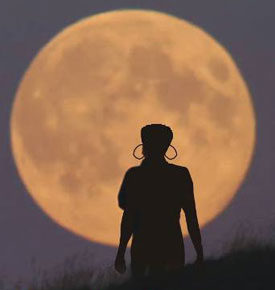