Jamaican/Canadian lawyer and LGBT rights activist Maurice Tomlinson addresses the question of whether tourists should boycott Jamaica in hopes of persuading that country to recognize the human rights of its LGBT citizens.

Recently, a wonderfully generous LGBT ally in Canada asked me if there should be a tourism boycott of Jamaica because of our anti-gay laws and homophobic violence.

Jamaica’s 1864 British colonially-imposed anti-sodomy law criminalizes all forms of male same-gender intimacy, even two men kissing in the privacy of a bedroom. The sentence can be up to 10 years of imprisonment at hard labour. In 2011 the situation was made worse as convicted gay men must now be registered as sex offenders and always carry a pass or face up to 12 months of imprisonment plus a JA$1million fine [about US $7,804] for each offence.

This draconian statute effectively makes homosexuals “unapprehended” criminals unworthy of police protection and gives licence and impunity for horrific homophobic attacks against LGBT people.  These include terrifying home invasions, a chronic problem of LGBT youth homelessness, and the highest anti-gay murder rate in the Anglophone Caribbean. The island also has the highest HIV prevalence rate among men who have sex with men (MSM) in the western hemisphere (33%) as they are driven underground, away from effective HIV interventions.

A 2015 poll showed that a staggering 91% of Jamaicans supported the law and not surprisingly the government has rejected a repeal because of threats by powerful (American-backed) evangelical churches that control the vast majority of voters. These groups claim that legalizing gay sex will lead to marriage-equality and the subsequent extinction of humanity (!)

So, the question posed by this Canadian is certainly reasonable.  Economic boycotts have been effective in ending many human rights abuses and tourism is Jamaica’s second-highest foreign-exchange earner after remittances from overseas-based Jamaicans. Because of my over two decades of work challenging anti-gay laws and attitudes in Jamaica, I am asked this question a fair bit and so I thought that I would share my top three reasons why I DO NOT call for a boycott.

I also want to suggest more constructive ways to support the LGBT liberation struggle on the island. Some of these may apply in the other 75 countries that still have anti-sodomy laws, but I urge you to consult with locals from those jurisdictions before taking any action.

Before I begin my list, I should point out that focusing a boycott on the plight of LGBT Jamaicans while there are so many other pressing human rights abuses on the island (for example, police extrajudicial killings and gender-based violence) would create an unfortunate exceptionalism about human rights for LGBT people.  This would be a dangerous precedent to set and should be avoided.

1) A boycott would make the LGBT community a target for a backlash. It is true that this would be the case for any type of boycott, but the difference with Jamaica is that the country is a small micro-state in the middle of the Caribbean Sea. It is therefore very hard to hide or get off the island to escape retaliation. The LGBT community would become sitting ducks. Jamaicans need visas to travel to most Global North countries and these are difficult to come by. Asylum is only an option for a very limited number of persons. You almost have to be rich to be a refugee. Visas are only granted if you can prove that you have sufficient assets in country that “tie” you and guarantee your return.

2) Many LGBT people can only find work in the tourism or service sectors. So, a boycott would be devastating to them and their families. This is already a very vulnerable population and, until the Global North implements concrete measures to protect or rescue them, a boycott would be unhelpful.

3) A boycott might be largely ignored and thus seem ineffective. The bulk of Jamaican tourism comes from middle-America where people largely make their vacation decisions based on price and not on the human rights situation for locals in their destination.

1) Stay at inclusive properties. I compiled a list (by no means exhaustive) of resorts and hotels that have strict diversity policies I encourage you to stay at these and similar properties, both as a reward for their work for/with the LGBT community, but also to encourage others to join them. The profit margins in tourism can be thin and anything that sets your property apart and brings in business is seized upon. Let’s show that inclusion is good for business.

2) Visit and dialogue. Jamaicans are like other humans. We fear what we don’t know. So, share your stories about the positives of inclusion with locals. This has been very effective in dispelling the homophobic myths that are whipped up by powerful evangelical pastors on the island.

3) Make a point to seek out LGBT groups and allies on the island before you go and then try and visit or support them in some way. Even a telephone call or an email would help. Some persons have donated their leftover cash. Some have taken part in Pride. Some have brought office equipment upon request. There are many ways to help. Just ask.

IF YOU STILL FEEL THAT YOU SHOULDN’T GO, then PLEASE let the government of Jamaica know! They are listening and your emails or calls feed into their tourism policy. One good contact is the Ministry of Tourism.

I hope that this is useful. Please don’t hesitate to ask if you have any further questions. [Maurice can be reached by email at [email protected].] We can only eradicate hate if we educate. 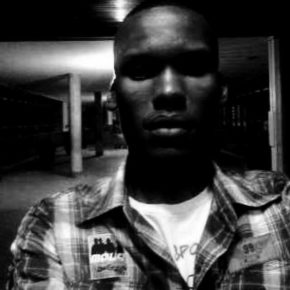