The Russian republic of Chechnya has reportedly sent gay men that it arrested last week to secret prisons described as “concentration camps.”

Chechnya opens world’s first concentration camp for homosexuals since Hitler’s in the 1930s where campaigners say gay men are being tortured with electric shocks and beaten to death.

One of those who fled said prisoners were beaten to force them to reveal other members of the gay community.

[The new] report by Novoya Gazeta said authorities had set up several camps where homosexuals are killed or forced to promise to leave the republic.

One of the camps is reportedly at the former military headquarters in the town of Argun.

“Gay people have been detained and rounded up and we are working to evacuate people from the camps and some have now left the region.”Those who have escaped said they are detained in the same room and people are kept altogether, around 30 or 40. They are tortured with electric currents and heavily beaten, sometimes to death.”

One of those who escaped told Novoya Gazeta that prisoners were beaten to force them to reveal other members of the gay community.

Another prisoner who fled said that before being incarcerated in one of these camps, he had been forced to pay bribes to Chechen police of thousands of rubles every month in order to survive.

Now the regime had taken another step against gays by creating these camps, the survivor said.

“We can only call on the Russian authorities to investigate the allegations. Homosexuals in Chechyna are treated very harshly and prosecuted daily and they are afraid to talk about it.

“They either have to hide or leave the republic. We are keeping in touch with the LGBT network that helps people in Russia to find shelter. The problem is people there cannot talk about it as it puts their lives and those they speak to, in danger. This is the main issue we are facing in Russia and the main challenge.”

President Ramzan Kadyrov, who is a key ally of Vladimir Putin, allegedly ordered the clampdown, although officially his regime denied the arrests claiming ‘it is impossible to persecute those who are not in the republic’.

Kadyrov, who introduced Islamic rule in the Muslim-majority region, has been accused of earlier human rights violations.

He described the allegations as ‘absolute lies and disinformation’.

‘You cannot arrest or repress people who just don’t exist’

‘If such people existed in Chechnya, law enforcement would not have to worry about them, as their own relatives would have sent them to where they could never return.’

Chechen society is strictly conservative, meaning that unlike other cases where relatives or rights activists may put pressure on authorities when a homosexual relative disappears, those suspected are likely to be disowned by their own families.

Locals say that if a family was known to have a gay member, other relatives would find it difficult to marry due to the ‘shame’.

According to the New York Times, gay men on the region have been deleting their social media profiles after it was reported authorities tried to lure gay men into dates and arrested them.

The reports from Russia claim those arrested range [in age] from just 15 to 50.

A Russian LGBT advocacy group on Monday confirmed a report that gay men in Chechnya have been sent to secret prisons.

Novaya Gazeta … said one of [the concentration camps] is located near Argun, a town that is roughly 12 miles east of the Chechen capital of Grozny.

Novaya Gazeta said authorities beat the men and tortured them with electric shocks.

The newspaper published pictures of two men who had bruises on their knees and buttocks. Novaya Gazeta said at least three men died inside the prisons.

The newspaper reported the family of one of the men who was arrested “had to urgently” sell their apartment and property to “saved their loved ones.” Gay men were also reportedly forced to leave Chechnya.

“Unfortunately, we can confirm that there is kind of a prison next to one Chechen city where homosexual men are detained,” Svetlana Zakharova of the Russian LGBT Network told the Washington Blade on Monday in response to the Novaya Gazeta article. …

The Russian LGBT Network has established a hotline that Chechens who feel threatened by the arrests can call anonymously. Zakharova told the Blade her organization has received more than 20 requests “for help.”
“The number of requests is growing,” she said. “We have already evacuated some people.” …

Rex Tillerson urged to ‘speak out forcefully’ against arrests

Secretary of State Rex Tillerson is scheduled to travel to Moscow [today].

Human Rights First and the Human Rights Campaign have both urged him to publicly condemn the arrests while in the Russian capital. OutRight Action International has also called upon international institutions and foreign governments “to pressure Russian authorities to intervene to immediately stop the abuse.”

“The Kremlin has dismissed these reports, saying that those who were suffering could ‘file official complaints and go to court,’ avenues that are highly unlikely to yield positive results in a region without a strong track record in the rule of law,” said HRC President Chad Griffin in a letter he sent to Tillerson on April 4. “I therefore write to urge you to make clear to your Russian counterparts that such lawless detentions, arrests, torture and murders are unacceptable and will not be tolerated.”

Human Rights First has launched a petition that urges Tillerson to “speak out forcibly against these horrific human rights abuses during his upcoming visit.”

“The State Department has called on Russia to investigate these abuses, but Secretary of State Tillerson can do more,” wrote Human Rights First in an email it sent to supporters on Monday. “As he travels to Russia this week, he should publicly demand that the Russian government bring the perpetrators of these horrific acts to justice.”

“The United States must remain a beacon of hope and freedom — but it cannot do so if our leaders are silent in the face of gross human rights violations,” it added.

A State Department spokesperson on Monday declined to comment on the Novaya Gazeta report that Chechen authorities have sent gay men to “concentration camps.” The spokesperson instead referred the Blade to a statement that Acting Spokesperson Mark Toner released on April 7.

“We are increasingly concerned about the situation in the Republic of Chechnya, where there have been numerous credible reports indicating the detention of at least 100 men on the basis of their sexual orientation,” said Toner. “Some reports indicate many of those arrested have been tortured, in some cases leading to death. We categorically condemn the persecution of individuals based on their sexual orientation or any other basis.”

“We are deeply disturbed by recent public statements by Chechen authorities that condone and incite violence against LGBTI persons,” he added. “We urge Russian federal authorities to speak out against such practices, take steps to ensure the release of anyone wrongfully detained, conduct an independent and credible investigation into these, reports and hold any perpetrators responsible.” 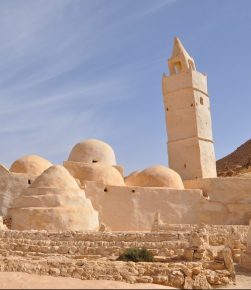