It was supposed to be just a friendly visit, but it turned into robbery and blackmail for Victor, as all his money was taken from him by teenagers who accused him of being gay.

Gay Nigerians are often the victims of blackmail, robbery, and extortion on the basis of the country’s “Same-Sex Marriage Prohibition Act,” which threatens LGBT people with prison terms of 10 to 14 years.

Victor (not his real name), a Nigerian teenager, told NoStringsNG of just such an experience he had two years ago.

“I connected with this guy on 2go [the chat program for mobile phones]. He was in Ogun State. We became friends in no time, as he seemed really nice. We stayed in contact with each other for two months, calling and chatting, until I decided to visit him, unknowing to me that I was embarking on a journey I wouldn’t forget in a hurry.”

Victor said that, upon his arrival at his supposed friend’s place in Ogun State, he met several teenagers who seemed nice at first, but things soon became intense and scary, as they pulled out knives.

“When I got to his place in Ogun State, I met some other boys there. They were all five in number. They waited for me to settle in and then they all brought out their knives. I was dead scared. They called me all sorts of names. They threatened to call my family. I was forced to cooperate as they robbed me; they took the N3,000 [about US $8] on me and my school bag. My Blackberry Bold 5 [smartphone] was also taken away from me.”

They also took his ATM debit card and threatened to call his family to inform them that he is gay.

“I was working at that time so I had about N40,000 [US $112] in my savings account. They took my ATM card and later withdrew all of it leaving just N1,500 for me. This I discovered after I went to the bank the next day to block my account.”

Victor said that, until now, he has been unable to speak about the incident because he still lives with the shock.

“I couldn’t tell anyone, not even my parents; I just let them get away with theft.” 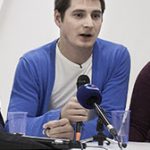 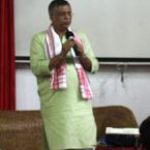