The homophobic Church of Nigeria has scolded its American allies for “toleration of same-sex persons within their fold.”

Henry C. Ndukuba, archbishop of the Anglican Church of Nigeria, has declared there’s “no such thing as a ‘gay Christian’ “.

In a statement, Ndukuba criticized the Anglican Church in North America (ACNA), which broke away from the Episcopal Church over its acceptance of gay clergy. Ndukuba cited a recent pastoral statement from ACNA that used the description “Christians who experience same-sex attraction” as preferable to the term “gay Christian”.

Holding to the discredited belief that “conversion therapy” can alter people’s sexual orientation, the ACNA bishops wrote compassionately about “many who are Christians with same-sex attraction within our own Province in North America”. They wrote about people who are “praying that these attractions would be lifted from you in one form or another, and yet you continue to live with this profound reality. We have heard some of you describe feeling as though you do not belong among progressive Christians who support same-sex marriage, but also feel alienated from your fellow orthodox Christians because of these attractions.”

“These decisions by ACNA bishops tantamount to a subtle capitulation to recognize and promote same -sex relations among its members, exactly the same route of argument adopted by The Episcopal Church (TEC). Its appeal to subsidiarity is another trick not to submit to the clear authority of Scripture on homosexuality.”

“A Gay is a Gay, they cannot be rightly described otherwise. In the same vein, we cannot describe people as ‘Christian Murderer’, ‘Christian Adulterer’ and ‘Christian terrorist’; neither should we even have ‘Gay Christian’ or ‘Gay Anglican’.”

“The deadly ‘virus’ of homosexuality has infiltrated ACNA. This is likened to a Yeast that should be urgently and radically expunged and excised lest it affects the whole dough (Luke 13:20-21; Gal. 5:9).”

“It is more serious that the Archbishop of ACNA, Archbishop Foley Beach is also the current Chairman of GAFCON [the worldwide coalition of anti-gay Anglican churches]. Therefore, his actions or inactions and that of his Province have serious implications for GAFCON leadership.”

“We therefore call upon the Archbishop and the College of Bishops of ACNA to make definite, unambiguous statement condemning the actions taken by the Gay activists in their midst, denounce their action, dissociate ACNA from the group, discipline the erring bishops, priests and laity who signed the offensive Pro-Gay letter and reaffirm ACNA’s commitment to all the fundamentals of orthodox Christian faith….”

For more information, see the full article in Episcopal Cafe, “Nigeria’s archbishop to ACNA: no such thing as ‘Gay Christian’ ”. 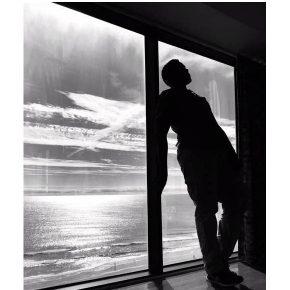 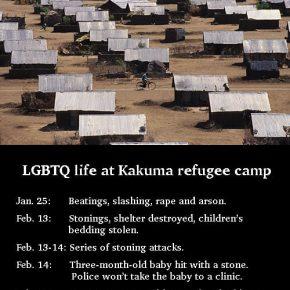