After the raid, online messages of support poured in for LGBT+ Rights Ghana, the LGBT+ advocacy organization that had opened the new offices and safe house in late January.

LGBT+ Rights Ghana announced the raid yesterday on Twitter: “This morning, our office was raided by National Security. A few days ago, traditional leaders threatened to burn down our office but the police did not help.”

It added, “At this moment, we no longer have access to our safe space and our safety is being threatened. We call on all human rights organizations, and allies to speak out against these attacks and hate crimes we are being subjected to. #LetItBeKnown. #LGBTRightsInGhana”

The organization also appealed for financial support via an online fund drive. As of the publication of this article, the GoFundMe appeal had raised $15,709.  Many people donated this week to the fund drive, which began in May “to support and empower members of our beloved LGBTIQ community who are financially constrained in Ghana.”

In response to anti-LGBTQ+ declarations by the nation’s Roman Catholic bishops, anti-gay crusader Moses Foh-Amoaning and others, gay-rights activists launched a Web site identifying prominent Ghanaian who are “promoting hate and inciting violence against LGBTQ people in Ghana.”

The Ghana AntiLGBT Watchlist site “is focused on bringing national and international attention to Ghanaian NGO Leaders, Religious Leaders, Government Officials, Media and others who are spew hating against the LGBT+ Rights movement in the country.”

It urges “all Funders, Donors, Supporters, Sponsors, Governments, etc. who provide support (financially, tangible goods or products, etc.) to any of the following individuals to STOP until they stop their antiLGBT+ hate spewing comments, remarks and actions. ENOUGH IS ENOUGH!!!”

Among the targets of the boycott are:

“The more the world knows about the hypocrisy of Ghanaian leaders and media, those outside can begin to help us and call for their removal. Also, we are asking external supporters (those outside the country) of these individuals to seize all investments, donations, and any other assistance being provided,” the site states.

The penal code in Ghana law provides for sentences of up to three years for homosexual activity.

Alex Kofi Donkor, who heads the center named ‘LGBT+ Rights Ghana’ in the country’s capital, Accra, [said] he is now concerned for his safety after the raid. ‘I just contacted our lawyers, there is an unsafe situation right now, and I need to go offline,’ Donkor told CNN. …

A spokesman for Ghana Police Service declined to comment on the shutdown of the not-for-profit center, described as a movement “championing the fight for freedom for LGBT+ persons in Ghana.”

Although short-lived, the center would remain in “hearts and minds,” Donkor posted on his social media page.

“We anticipated this,” he posted. “We will triumph. The police may have raided our office and closed it down but the real office is in our hearts, and minds.”

Agence France-Presse reported that the landlord of the safe house had moved to shut it down:

“The owner of the property, Asenso Gyambi, said he had reported the group to security agencies.

Gyambi told AFP he was not aware his house was being rented by LGBT+ Rights Ghana.

“I wasn’t happy about it … I had to report it to the security agencies to take action. I won’t tolerate such activities in my property.”

At a recent press conference, Ghana’s information minister, Kojo Oppong Nkrumah, said the government was considering introducing legislation against LGBTQ+ advocacy. “We should be able to contemplate legislation in the interest of public morality, which will not be against the constitution but will now say that you cannot advocate for and promote LGBT activities in this country,” he said. 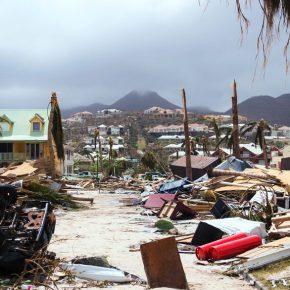