Stay up-to-date: Get a free subscription to Erasing 76 Crimes

The Inter-American Commission on Human Rights (IACHR) declared that the country’s buggery laws should be repealed immediately because they violate the human rights of sexual minorities and deny them unimpeded access to health care.

The IACHR report was delayed “for many months by the failure of the Jamaican government to provide a formal response to the IACHR’s findings,” according to AIDS-Free World and the HIV Legal Network, two of the organizations that supported the legal challenge that led to the report.

The delays ended yesterday as the advocacy organizations released the report in full and the IACHR announced its findings.

The historic ruling sets a precedent for lesbian, bisexual, gay and transgender (LGBT) rights across the Caribbean and is the commission’s first finding that laws that criminalise LGBT people violate international law. Decisions from the IACHR are not binding, but its strongly worded recommendations will give hope to LGBT communities in the nine Caribbean countries that still have colonial-era laws criminalising same-sex intimacy on their books.

The two Jamaicans who brought the case — Gareth Henry and Simone Edwards — convinced the IACHR that Jamaica’s laws against buggery and gross indecency violates their rights and legitimises violence towards the LGBT community in Jamaica. These laws were originally imposed by the British colonial administration in Jamaica and still remain on the law books even though Britain has since abandoned those provisions.

Both Henry and Edwards told the IACHR that they were forced to flee Jamaica following violent attacks because of their sexuality. In its decision, which was handed down in September 2019 but could not be reported before now, the IACHR ruled that Jamaica was responsible for the violation of multiple rights of the claimants.” …

Henry, who sought asylum in Canada after he was reportedly beaten up by a policeman in front of a crowd of 200 people, said he hoped the commission’s “bold and principled” decision signalled the beginning of meaningful change in Jamaica.

“All my life people have told me that who I am and who I love is wrong. Now, for the first time ever, I finally feel I am right,” Henry said. He told the Guardian newspaper in 2012 that during a four-year stint as head of the Jamaican LGBT organisation J-Flag, 13 of his friends were murdered. J-Flag was also a party to the case.

Edwards was shot multiple times outside her home in 2008 by two men allegedly belonging to a homophobic gang, who also tried to kill two of her brothers, one of whom is also gay. Following a series of police failures to protect her and her family, she was granted asylum in Europe.

Commenting on the ruling, Edwards said it had been a real boost to see the commission take the complaint seriously. “It gives me hope that one day these outdated laws will be done away with and I’ll be able to return to my homeland without fear of attack,” she remarked.

The law’s impact upon Jamaican society is pernicious and widespread. Once described by Time magazine as the “most homophobic place on earth,” Jamaica continues to be marred by a virulent strain of anti-LGBTI bigotry. Physical and sexual violence are ever-present dangers for the country’s LGBTI people. Many feel they have no choice but to avoid both general health services and specific services related to HIV and AIDS. …

The consequences of the law are predictable. The rate of HIV infection in Jamaica among men who have sex with men is 29.8%, the highest in the Caribbean region. The HIV prevalence among gay and bisexual adolescent boys is estimated to be 14%, and HIV prevalence in transgender adolescents is estimated to be 51%. Such numbers constitute an entirely avoidable public health crisis on the island.

“This report by the IACHR is vindication of what Jamaican LGBTI and HIV activists have been saying for decades: the colonial-era anti-sodomy law imposed by the British violates a raft of human rights obligations that modern Jamaica is bound to uphold,” said Maurice Tomlinson, a prominent Jamaican human rights lawyer and consultant with the HIV Legal Network.

“It is time for the Government of Jamaica to act now and end this discriminatory and deadly statute, before even more LGBTI people fall victim to legally sanctioned stigma and violence.” 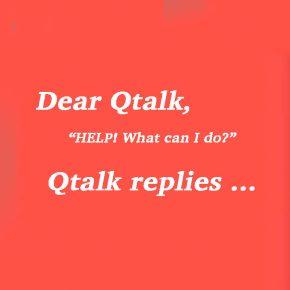