Sudan is making slow progress, but at least three Sudanese LGBTQ+ organizations can only do their work in secret — – illegally and with no bank accounts — because of the nation’s homophobia.

That overview of LGBTQ+ life in Sudan comes from Freemuse, an international advocacy organization devoted to freedom of artistic expression.

In a report issued last month, publicized by DabangaSudan.org and Alturi.org, Freemuse documented “149 acts of artistic violations against LGBTQ+ persons and art … between January 2018 and June 2020.”

The following excerpts from the Dabanga article on “Denial of freedom of LGBTQ+ artistic expression in Sudan” provide a glimpse of LGBTQ+ life in Sudan.

It is virtually impossible to register LGBTQ+ organisations in the country, “despite human rights organisations’ attempts to legally challenge discriminatory national legislation.” Homosexuality was punishable by death penalty nationwide, a policy brought in under British colonial systems of justice, until very recently. In July, the government announced that the punishments will be reduced to prison terms, ranging from five years to life sentences, although this is not confirmed. …

Interviewees from Sudan who took part in the research … claimed that “local media do not report about LGBTQ+ issues.” During the regime of deposed Omar Al Bashir, several international media outlets were not allowed to operate in Sudan and the Sudanese media were systematically suppressed. This grew even worse after the start of the uprising in December 2019. …

Ola Diab [a Sudanese journalist based in Qatar] told Radio Dabanga that the LGBTQ+ movement in Sudan is only just beginning, along with coverage of it. “Due to social media, more people are talking about the existence of the LGBTQ+ community in Sudan and their rights in the country,” including Sudanese people who are advocating for LGBTQ+ rights in Sudan, such as Norway-based artist and gay rights advocate Ahmed Umar and queer activist and visual artist Malab Alneel.

According to Diab, “we’re slowly seeing the birth of a Sudanese LGBTQ+ movement, especially after the revolution where many highlighted a new Sudan with rights for all, including those of the LGBTQ+ community. It’s happening gradually as the rights of the LGBTQ+ is under the spotlight on the world stage. However, there’s still significant resistance in Sudan – politically, socially and religiously.” 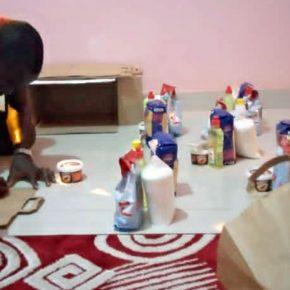