The parliament of the Himalayan kingdom of Bhutan voted last week to repeal the nation’s anti-homosexuality laws. When the king of Bhutan approves the repeal, the action would reduce the number of nations with anti-gay laws to 71 from 72, by this news site’s tally.

KATHMANDU – A joint sitting of both houses of Bhutan’s parliament approved a bill on [Dec. 10] to legalize gay sex, making the tiny Himalayan kingdom the latest Asian nation to take steps towards easing restrictions on same-sex relationships.

Sections 213 and 214 of the penal code had criminalized “unnatural sex”, widely interpreted as homosexuality.

Lawmaker Ugyen Wangdi, the vice chairperson of a joint panel considering the changes, said 63 of the total 69 members of both houses of parliament had voted in favour of amending the code to scrap the provision. Six members were absent.

“Homosexuality will not be considered as unnatural sex now,” Wangdi told Reuters by phone from the Bhutanese capital of Thimphu, without giving details.

The changes still need to be approved by the King of Bhutan to become a law. 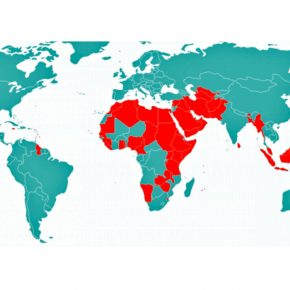