The spirituality of LGBTI people and the hypocrisy of anti-gay Christians were among the topics addressed today at the start of a three-day conference about religion and oppression of sexual minorities.

“LGBT people are not damaged goods. We treasure them. Jesus treasures them. Like us, they are wonderfully made,” said the Rev. Clifford Hall of the Anglican Church of Barbados, a retired senior lecturer in criminal law at the University of the West Indies, who served as moderator for Day 1 of the event.

Much of the day’s discussion was about Caribbean nations such as Barbados and Jamaica, which still criminalize same-sex relations, as well as Belize and Trinidad, where courts in recent years overturned anti-sodomy laws.

The conference, named “Intimate Conviction 2”, builds on 2017’s original “Intimate Conviction” conference in Jamaica, which also focused on what needs to be done, especially by Christian churches, to put an end to dozens of countries’ laws against same-sex intimacy. This week’s conference will continue for three hours each on Thursday and Friday. For more information, visit the conference’s page at the HIV Legal Network.

[Editor’s note from after the conclusion of the conference — Full video recordings are currently available online for:

Some of the notable remarks during today’s session included statements by:

Regarding his discussions with Roman Catholic bishops in the Caribbean region, Alleyne said it was clear that decriminalization is “not a front-burner issue for them, but generally they would have no objections to those laws being removed from the books.”

There is “no doubt in my mind” that Guyana’s anti-gay laws should be repealed, although the Roman Catholic Church still considers homosexual conduct to be sinful.

“Legality does not make a thing moral.”

Churches should create safe spaces where [both straight and queer] people would celebrate what they have in common, to follow the Gospels’ call to foster life through love, to follow “the way of love, … to walk with others … with compassion, generosity and a sense of sacredness and respect.”

In his international travels as a U.N. advocate seeking an end to violence and discrimination against LGBTQ people, Madrigal-Borloz said, “It’s remarkable how many [LGBTQ people] expressed to me that one of the deepest wounds they feels is that their sexual orientation or gender identity prevents them from being spiritual people. … Transcendence is something they cannot aspire to. This is deeply troubling to me.”

“States that maintain laws criminalizing sexual orientation and gender identity sometimes refer to religious [rationales] to justify them. These justifications are contrary to the body of work of international human rights law.”

In the past 35 years, 30 countries taken steps to repeal anti-LGBTQ laws, including Belize, Botswana, Mozambique, Trinidad & Tobago and India.

But 69 nations still still have such laws [This blog lists 72 nations, not all of them U.N. members]. Nine of them are in the Caribbean region and 35 are in Africa. Worldwide, 2 billion people — nearly one-third of the world’s population — live in criminalized environments.

Madrigal-Borloz concluded: “My mandate has made a call to achieve a world free of decriminalization by 2030.”

“Jesus never said to “hate the sin but love the sinner”. Saying that is just an excuse for homophobia.

In response to this fall’s announcement by the governor general of Barbados that the government would allow same-sex civil unions: “The time has come here in Barbados … even to dance, if the government stands firm.”

But a same-sex civil union is “light years from same-sex marriage”.

Many Christian leaders are hypocrites, clinging to a “hidden transcript” of social and cultural practices that differ from they say in public — their “public transcript”.

Jesus condemned such behavior, as recorded in the Gospel of Matthew: “Woe to you, scribes and Pharisees, hypocrites!” (Matthew 23:13)

One such example of hypocrisy, Rock said, is Christian leaders campaigning publicly to keep laws against homosexuality but never contacting police to investigate private homosexual activity by church members.

Conservative Christians speak loudly against homosexuality, but ignore other social issues such as child abuse. “A silence more deafening than what you hear coming from a cadaver,” Hoffmann said.

The proposal for a referendum on whether Barbados should allow same-sex marriage is “a very dangerous situation.”

“It should not be down to a public vote who should be able to enter into [a marriage contract].”

“The religious ideology of evangelicals is grounded in white supremacy and a system of marginalization. The white faces may have been replaced with black and brown faces in religion, but colonialism evolved into a system of legal and socio-cultural marginalization, militarism of policing in the region and bad policing,” Orozco stated.

“The exportation of homophobia is grounded in political power using God as a basis for violating human dignity.”

Reporting on a 2018 conference about Jamaican churches and people who are most at risk of contracting HIV, Minott said that “churches can make a real difference”:

“The churches have strengths, they have credibility, and they are grounded in communities. This offers them the opportunity to make a real difference in combating HIV/AIDS. … [They can] become a force for transformation — bringing healing, hope and accompaniment to all affected by HIV/AIDS”.

But to do that, churches need to “advance a dialogue of respect” and take action against stigma and discrimination that is fostered by religious doctrines in order to end AIDS as public health threat by the year 2030.

Denial of gays and lesbians’ rights affects us all, Garwood said.

Skin color, disabilities and gender are used to exclude people from general society. The time has long passed to put an end to discrimination and animosity against the LGBTQ+ community.

Roper spoke about Jamaica’s anti-sodomy law, especially about how it affects women in general and queer women in particular. The anti-sodomy law creates an environment of stigma, she said:

Religious advocates for that law are also advocates for laws that seek to control women’s bodies, such as preventing recognition of marital rape, opposing women’s right to choose to have abortions, classifying women as property, as subordinate to men.

Conservative Christians’ loud support for Jamaica’s anti-sodomy law is accompanied by “silence in the church about sexual violence against women.”

Churches in Jamaica work “in tandem with the state” against the liberation of queer Jamaican women, Porteous said.

The loudest voices opposing repeal of the buggery law always come from the church, but attempts to eliminate gender-based violence “have no visible support from the church.” 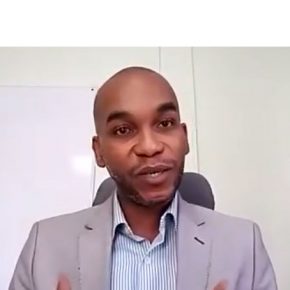