The rejected ad, “Love and Respect”, is below.

Anika Gray, an attorney-at-law and a criminal law lecturer on the Faculty of Law at UWI Mona, wrote the following analysis of the Court of Appeal’s recent rejection of an appeal by LGBT rights activist Maurice Tomlinson.

Tomlinson claimed that two local television stations illegally discriminated against him when they refused to air his 30-second ad titled “Love and Respect”.

Abuse of power and the constitutional obligations of private companies

The recently concluded Jamaican case of Tomlinson v TVJ is, at its core, about power and the covert and overt ways it can be used to perpetuate discrimination against already marginalized groups. It therefore brought to the fore questions about the extent to which section 13(5) of the Jamaica Charter of Rights estops powerful private companies from engaging in conduct that reinforces discrimination.

It is impossible to understand or correctly apply section 13(5) without consideration of its underlying rationale. Section 13(5) was created in recognition that it is not only the state that is capable of abuse of power but also private entities exercising control and influence over the way ordinary people live their lives. The parliamentary committee, which recommended the inclusion of section 13(5) in the Charter, acknowledged that in modern societies private entities wield socio-economic power that is equal to and sometimes greater than that exercised by the state. Jamaica adopted 13(5) from South Africa, a country that shares with Jamaica a history of systemic oppression. South Africa understood, more so than other countries, that oppression is not only state sponsored but in fact persists because private entities are also allowed to trample on the rights of the less powerful.

In Tomlinson, it is alleged that two free-to-air television stations’ refusal to air a paid advertisement advocating for respectful treatment towards LGBT people amounted to an unjustifiable restriction of the rights to freedom of expression and the right to disseminate and distribute ideas through any media – rights guaranteed by sections 13(3) (c ) and (d) of the Charter, respectively. Under section 13(5), the TV stations’ duty to respect Tomlinson’s rights will depend on the nature of the Charter right and the duty it imposes.

Nature of the Right

Three factors related to the nature of the rights in question make it particularly crucial for private entities to be bound by them. First, freedom of expression is the cornerstone of our democracy. Second, it has also been described as “the matrix, the indispensable condition” for the enjoyment of nearly every other form of freedom. And third, the television stations have immense power over the information, opinion and ideas that are disseminated and distributed to the public. They are therefore able to dictate both who gets access to and what is broadcast on television.

Nature of the Duty Imposed

Sections 13(3) (c) and (d) impose a general duty on all persons not to censor/restrict the speech of others but the extent of that duty will depend on the private entity involved. The two free-to-air television stations control access to the airwaves, which millions of Jamaicans are dependent on to exercise their free speech through television. As broadcast licensees, the television stations are in a special category. They are not purely private enterprises like a newspaper. Although they have much in common with a newspaper, they have the added duty- mandated by their broadcasting licence – to always operate in the public interest.

Even if we accept that the right to freedom of expression does not include the right to use another’s platform to broadcast your views, the television stations operate a special type of platform. Jamaicans can only access the free-to-air television platform by going through the television station operators. It is only fair to expect that they exercise those proprietary rights in a manner that is not arbitrary, unreasonable and does not reinforce discrimination.

This phrase found in section 13(2) of the Charter is an overarching principle which governs the circumstances in which a restriction or limitation on a Charter right can be justified. Quite often the entity with an obligation will, in discharging that obligation, experience some encumbrance of its own right. Therefore, the question should be whether the prejudice caused to that entity by the imposition of the duty is demonstrably justifiable in a free and democratic society. At that stage, the balancing of competing interests begins. In balancing the competing rights of the parties in this case, a few factors ought to be considered.

First, in this case we are concerned with balancing not the competing interests of two equally situated parties but that of a David and two Goliaths. Tomlinson not only has less socio-economic power than the television stations, but he is also a member of the marginalized LGBT community. The balance must therefore swing in favour of David.

Second, the subject matter of the paid advertisement was of public importance and contributed to public debate. There is recognition from reputable sources, such as the InterAmerican Commission on Human Rights(IACHR), that discriminatory laws and practices not only violate the fundamental human rights of those in the LGBT community but that they also contribute to the high prevalence of HIV and AIDS amongst MSM (Men who have Sex with Men).

Third, while the television stations are given editorial freedom and can contract with whom they wish, these rights cannot be absolute where one wishes to foster a pluralistic society where various views can contend. The broadcasters in this case have a strong interest in maximizing their audience, and therefore their profits. It seems almost naive to expect them to voluntarily “produce the variety and controversial material necessary to reflect a full spectrum of viewpoints.”

Fourth, ownership does not endow upon a private entity absolute dominion. The more a private entity opens its property to the public for its own advantage, the more its proprietary interests become circumscribed by the constitutional rights of others. As such the television stations are not allowed to refuse access without justification. If this is allowed, they could deny access based on race, religion, sex or class and a citizen would have no redress since the stations could simply rely on their proprietary rights to do as they like. They cannot therefore use their licences to snuff out an individual’s constitutional rights unjustifiably.

And finally, the TV stations had no reasoned justification for their apparent refusal. The Tomlinson case was initiated after several months of the TV stations largely ignoring Tomlinson’s queries about the ad. Tomlinson only learned of the reason for refusal from affidavits filed in the claim. Two of the reasons given by the TV stations for refusing to air the ad were a clear perpetuation of homophobia. The TV stations invoked the criminalized status of consensual same-sex sexual activity, and the threats of homophobic violence, to “justify” their refusal to air. However, airing an ad promoting respectful treatment for LGBT people is quite different from promoting anal intercourse (currently criminalized) and pandering to the views of homophobic people at the expense of promoting respect for a stigmatized group is clearly unjustified discrimination. However, more troubling than even the TV stations’ actions, is that the Jamaican courts let them get away with it. 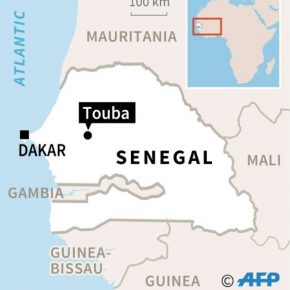 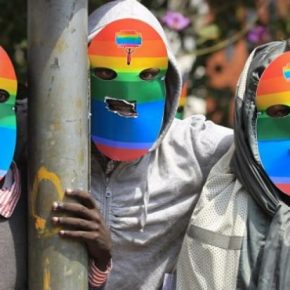