A court in Senegal imposed prison sentences Friday on seven men who were arrested Oct. 16 at a celebration that police claimed was a gay wedding. 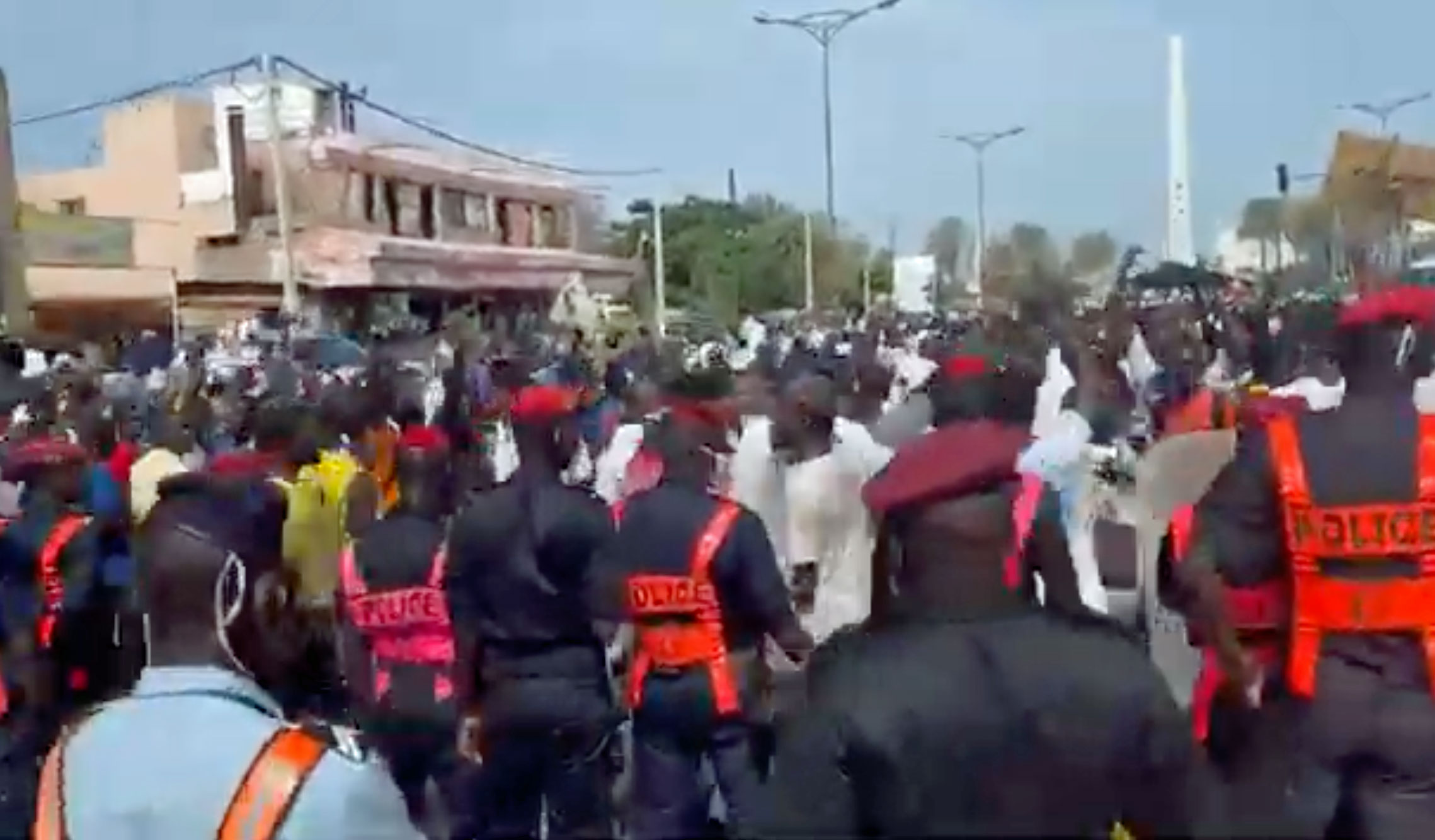 Thirteen of the remaining 16 arrestees were ordered to be released. The status of three others was not disclosed.

LGBTQ+ rights activists in Senegal are exploring ways to keep the freed men safe from crowds of homophobic Islamists who have been marching in protests through Dakar. The protests have mostly expressed conservative Muslims’ anger about events in France, where President Emmanuel Macron has supported the right of free speech, including displays of caricatures of the founder of Islam, the Prophet Muhammad. In the recent past, Macron and Senegal President Macky Sall have been on friendly terms, which adds to the local Islamists’ anger.

“Members of the collective are on the ground gathering information about the situation of those who were ordered to be released,” said Souleymane Diouf (pseudonym), leader of the FREE collective, which defends the human rights of LGBTQ+ people in Senegal.

The 13 men whom the judge ordered to be freed remained at Cape Manuel prison for security reasons, Diouf said. They were scheduled to be released soon, when it is safe to do so.

With international support, the FREE collective last month helped 10 gay men flee Senegal after they were arrested on Sept. 20 by religious police in the holy city of Touba.

People and organizations wishing to provide financial support to the FREE collective can write to collectiffree@gmail.com.

This article was revised Nov. 12 to correct the number of men who were sentenced to prison — that number was seven, not eight.