The rejected ad, “Love and Respect”, is above.

The HIV Legal Network issued this press release about the court decision:

October 30, 2020 — Today the Jamaican Court of Appeal delivered its decision in a landmark case by Jamaican-Canadian attorney and human rights activist, Maurice Tomlinson, who is also an LGBTQ rights consultant with the HIV Legal Network. The case, ongoing since 2012, challenged the refusal of national television stations to air “Love & Respect,” a paid advertisement promoting respect for the human rights of LGBT people.

It is the first appeal ever in Jamaica to raise the issue of human rights of LGBT people. It is also the first time the Court considered how the rights protected under the 2011 Charter of Fundamental Rights and Freedoms — in this case, freedom of expression, and the right to disseminate information and ideas via the media — should apply against private corporations and not just the government.

Sadly, the Court decided that the TV stations had acted acceptably in this instance, even though they openly acknowledged that they refused to air the advertisement because they claimed it could be viewed as endorsing criminal activity (i.e. same-sex sexual activity, which remains criminalized in Jamaica) and “could incite violence or breach of the peace.” Perversely, the TV stations have been allowed to invoke the criminalization of LGBT people and anti-LGBT violence, both ongoing human rights violations in Jamaica, as a “justification” for a discriminatory denial of freedom of expression of LGBT people.

The tolerance ad, produced by AIDS-Free World, calls on Jamaicans to love and respect their LGBT family members. The Broadcasting Commission of Jamaica had previously confirmed it did not breach any of the country’s broadcasting regulations or standards. The ad can be viewed at https://youtu.be/AZwCW1LREXk.

While we are still reviewing the full decision, we are deeply disappointed that it is yet another instance of LGBT people being silenced by a justice system that is meant to protect the rights of all citizens. In this case, after years of litigation, justice for LGBT people has been both delayed and now denied outright.

This is a sad day for LGBT Jamaicans, their loved ones and allies. We invite all those who truly love and respect LGBT people in Jamaica to share the advertisement on social media.

About the HIV Legal Network

The HIV Legal Network (www.hivlegalnetwork.ca) promotes the human rights of people living with, at risk of or affected by HIV or AIDS, in Canada and internationally, through research and analysis, litigation and other advocacy, public education and community mobilization.

Tomlinson and AIDS-Free World originally filed the claim against Television Jamaica and CVM Television — the two largest private TV broadcasters in Jamaica — on the grounds that their refusal to air the ad violated the constitutional rights to freedom of expression and to disseminate information and ideas through the media. That claim was denied in late 2013 by the trial court, but Tomlinson chose to appeal that decision. In his appeal, Tomlinson is arguing that the Court failed to sufficiently consider the role of TV stations in a healthy democracy. In Jamaica, private citizens are allowed to challenge other private citizens (including TV stations) for breaches of Charter rights — but this is the first appellate case to consider such a scenario. 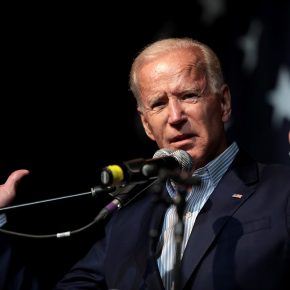