An LGBT Chechen woman is seeking criminal charges against her parents and a psychiatric hospital over attempted exorcisms aimed at changing her sexual orientation.

On January 20, a 22-year-old woman applied to the Investigative Committee and asked to initiate criminal proceedings against her parents, a person who tried to “expel evil spirits” and the personnel of the Boyev’s Clinic for Conterminal Psychiatric Conditions in Grozny [the capital of Chechnya].

In her complaint, Aminat Lorsanova states that in 2018 she was twice unlawfully placed in a psychiatric establishment and was tortured and beaten there.

She specifies that in August 2018 she spent 25 days at the Clinic for Conterminal Psychiatric Conditions. She also spent 4 months at the Republican Psycho-Neurological Dispensary. During that period, her father’s acquaintance several times beat her with a stick while reading the Koran. According to this person, he tried to “expel gins” [genies, which some superstitious believers blame for homosexuality]. Lorsanova stated:

“He was beating me with a stick in the solar plexus, pressing this area and below with  his fingers. He put down my skirt to the hips and was pressing there as well. I was screaming out of pain, and he was yelling prayers. My mother and father observed the process but did not do anything even though I asked for help and asked them to stop that”.

Lorsanova also said that in the end of 2018 her father at least six times gave her injections against her will:

“He put handcuffs and tied my legs with adhesive tape, my mouth was also taped. He told me that he was going to treat me as an animal, as a sheep. After the injection of aminazin [an anti-psychotic medication]. I was supposed to sleep that way. He even didn’t unleash my legs and hands”.

In April 2019, Lorsanova left Chechnya. The Russian LGBT Network helped her to escape from the country. The coordinator of the Emergency Support program points out that the network’s support for Lorsanova led to the attack on the apartment of a network volunteer on May 17, 2019. At that time, unknown people broke into the apartment and aggressively interrogated the volunteer.  They were looking for Lorsanova and the coordinator of the Emergency Support program.

Veronika Lapina from the Russian LGBT Network highlights that such practices of exorcism are widespread not only in Chechnya, but also in the Chechen families outside the republic: “More than 30 young [LBT+] women that the Network has worked with experienced this often sexualized form of inhumane treatment because of their sexual orientation”.

Natalia Poplevskaya, coordinator of the network’s Monitoring and International Advocacy Program, confirms that so-called “conversion therapy” remains one of the most difficult issues in Russia despite the fact that homosexuality was depathologized more than 30 years ago. She states: 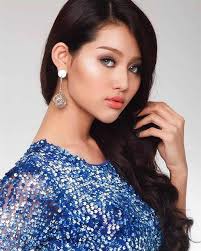 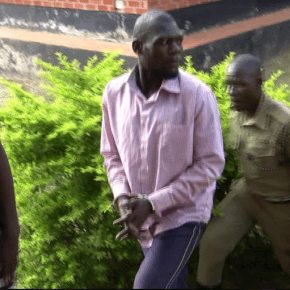