The U.N. refugee agency is denying water to LGBTQ refugees so they will return to locations in the Kakuma Camp in Kenya where they have been repeatedly attacked by homophobic neighbors.

So far, the office of the U.N. High Commissioner for Refugees (UNHCR) has dismissed activists’ proposals that it establish a secure location where LGBTQ refugees can live in safety while they await relocation out of Kenya.

The U.S.-based African Human RIghts Coalition (AHRC) has been lobbying the UNHCR to protect the endangered LGBTQ refugees who fled to Kenya from Uganda and other neighboring countries.

Melanie Nathan, leader of the AHRC, summarized the situation:

The AHRC compiled evidence that a group of about 47 refugees were targeted by homophobic attackers inside the camp on Dec. 21.  The group fled to the Kakuma Camp reception center gate, where they were stranded without access to food or water other than what was provided by the AHRC. Refugees in that group were also attacked at the gate and nearby.

The U.N. agency declared that the attacks inside the camp were “acts of theft and vandalism and other forms of petty criminality [that] are unfortunately common in Kakuma. … We have not observed a pattern of targeted criminal attacks.”

However, Nathan noted yesterday that “12 days have gone by and UNHCR has not yet interviewed a single one of the LGBTI refugees caught up in the attack, yet made the assessment that this was NOT a targeted attack.” 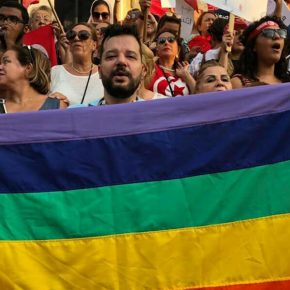