Caribbean activists seeking justice for LGBTQI people are preparing a wave of lawsuits challenging the buggery and indecency laws in Barbados, Saint Kitts and Nevis, Antigua and Barbuda, Grenada and Saint Lucia.

The planned lawsuits were announced in this press release:

The Eastern Caribbean Alliance for Diversity and Equality (ECADE), today announced the launch of five legal challenges to the remnants of draconian laws of our colonial past. The claims, all expected to be filed before the end of 2019, will challenge the buggery and indecency laws in Barbados, Saint Kitts and Nevis, Antigua and Barbuda, Grenada and Saint Lucia.

Executive Director of ECADE, Kenita Placide said, “this is four years in the making. While the process of litigation is important, the main part of this journey was to strengthen the organisations and the communities within the countries they serve. We also needed to understand how these laws contribute to the stigmatisation of lesbian, gay, bisexual, transgender, queer and intersex (LGBTQI) people, how they legitimise hate speech, discrimination and violence and tear at the heart of the family that our society, including our governments, have sworn to protect.”

The intention to file these cases challenging the constitutionality of the buggery and indecency laws is the result of a process which commenced with a meeting organised by United and Strong of Saint Lucia and GrenCHAP of Grenada in 2015. Organisations representing LGBTQI people and other marginalised groups from seven islands in the eastern Caribbean came together for the first time, shared experiences and strategies, and created the regional advocacy hub that is ECADE.

Adult, consensual, same-sex intimacy is criminalised in nine Caribbean countries, all of which are members of the Commonwealth. Discriminatory Penal Codes on the islands date back to the British colonial era, and unfairly target LGBT people. Although custodial sentences are rarely imposed, those convicted under these laws can face sentences ranging from ten years to life imprisonment.

Veronica Cenac, a Saint Lucian-based lawyer who serves on the board of the Caribbean Vulnerable Communities Coalition, said, “these archaic laws violate the fundamental rights enshrined in our Constitutions including the right to equality, privacy, freedom of expression, personal liberty, non-discrimination and protection against inhuman and degrading treatment.”

Filed by ECADE on behalf of member organisations and citizens who are affected by these discriminatory laws, these cases follow the four-year process developed at the Grenada meeting. ECADE has worked closely with our regional and international partners to support litigants in the cases.

Our partners include a team of Caribbean lawyers; the Faculty of Law UWI Rights Advocacy Project (U-RAP), operating from three of UWI’s four campuses, which promotes human rights, equality and social justice in the Caribbean by undertaking and participating in human rights litigation in collaboration with human rights lawyers and civil society organisations; the Human Dignity Trust, an international organisation who works with LGBT activists around the world to defend human rights in countries where private consensual sexual activity between adults of the same sex is criminalised.

-By The Eastern Caribbean Alliance for Diversity and Equality 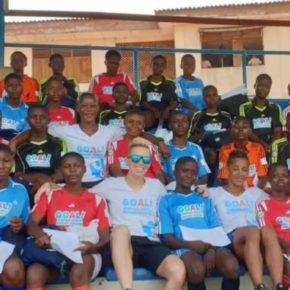 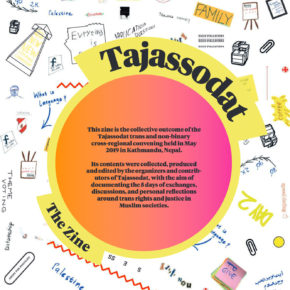