Trans and queer activists convened earlier this year to support each other and discuss the struggle for trans rights and justice among Muslims in 13 countries across South Asia, Southeast Asia, the Middle East and North Africa.

The five-day Tajassodat gathering occurred last spring in Nepal but a report on it has only recently been released.

From Singapore, a supporter of the Project X sex workers’ blog wrote about the experience of attending the gathering:

Participants were made up of transmen, transwomen and non-binary folks from the Middle-east, South-Asia and South-east Asia. Some of them have masters’ degrees and are in professional positions with vast experiences; many are very knowledgeable, and pretty eloquent, which gained my utmost respect.

Some of the heated discussions we had concerned disorganized and unprofessional medical procedures. We also agreed that compassionate medical care is, unfortunately, universally deficient. It was also noted that structures of healthcare and delivery for transgender people in the Middle East and North African region are complex and tedious.

On a different note, Pakistan’s passing of their landmark Transgender Rights Law makes them currently the most progressive in the Muslim world – which, according to its two representatives, ought to be acknowledged and celebrated. However, they cautioned that while the transgender community is very happy about it, the general population is not. The ladies then added that this law was passed after a couple of murders and violent acts inflicted on the trans community.

Another piece of good news came from India with the repeal of Penal Code 377, which means gay sex is now decriminalised in India.

We plan to have more informal meetings in future where we will discuss further dilemmas and issues plaguing our fragile community as a whole. I, for one, absolutely cherish and treasure every connection I have made in Nepal. I look forward to more get-togethers as a lot needs to be done, especially in issues of healthcare. The mental health of our community needs to be cared for, just as our general well-being must be attended to. Healthcare professionals need to be specially trained to deal with sensitive matters affecting the community – for example, the violence which plagues our vulnerable community.

In announcing the Zine, the Tajassodat organizers announced:

We’re very excited to show you what we’ve been up to!

Earlier this year, Qorras and CSBR – Coalition for Sexual and Bodily Rights in Muslim Societies collaborated on organizing a 5-day cross-regional strategic convening, Tajassodat: Conversations to advance Trans Rights and Justice Across Muslim Societies. Tajassodat brought together 23 activists from 13 countries across South Asia, Southeast Asia, the Middle East and North Africa, to discuss various topics, from personal experiences, to collective support, and activism history in these regions.

As a result of this convening, we’ve put together a Zine, compiling the illustrations that resulted from the conversations on bodily autonomy, self-determination and community organizing of collaborators.

Its contents were collected, produced and edited by the organizers and contributors of Tajassodat, with the aim of documenting the 5 days of exchanges, discussions, and personal reflections. The Zine also consists of a visual and written timeline of the convening, as well as other documents that were used. As such, it is an archival document that situates Tajassodat within a year-long trajectory of work, exchanges, and solidarity.

We hope that the Zine translates our experiences within the convening to our trans & non-binary peers and allies, as well as the different conversations that we had together about trans and non-binary activism in our regions.

This work would not have been possible without Tajassodat’s Steering Committee, collaborators, and the support from Hivos and Astraea Foundation. 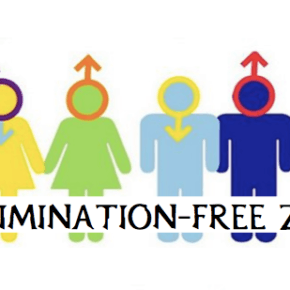