Sex lubricants, condoms for avoiding HIV infection, and anti-retroviral drugs (ARVs) found during a search at an LGBTI+ organisation office are to be used as evidence in court following the arrest of 15 people Friday evening in Kampala.

Uganda Police has preferred charges of “carnal knowledge against the order of nature” and “trafficking in persons” against 15 LGBT+ activists currently in police detention in Uganda.

The activists  from Let’s Walk Uganda, an LGBT+ organisation, were taken into protective custody Friday evening about 8pm after they called police for protection from a mob that was trying to break into their office,  chanting anti-gay obscenities  and threatening  to lynch  them.

The group is being held at Kyengera Police Station, Wakiso district, in the suburbs of Kampala City. Their names can not be published for their own safety.

On the night of the arrest, one of the organisation leaders, Eric, told Erasing 76 Crimes  by phone that they feared for their lives.

“People are surrounding our office. They say we are criminals. Now Police has just arrived,” he said on phone, moments before his and other member’s arrest.

According to a Lets Walk staff (name withheld for safety reasons), police later carried out a search at the office of the organisation to ascertain if the claims by the mob were authentic.

It is understood that water-based sex lubricants satchets, antiretroviral drugs and condoms provided to at risk groups to prevent HIV infection by Uganda government with support from Global Fund and US Presidential Emergency Fund for Aids Relief were found inside the office.

Police officers told staff during the search that these were enough evidence to prove as exhibits in court of law that the occupants were indulging in homosexual practices.

This is not the first time water-based  sex lubricants are being used as exhibits in homosexuality prosecution cases in Uganda. A former manager  of the  Uganda national football team, the Cranes, Chris Mubiru, was convicted by a magistrate, and later acquitted by a higher court in 2016 after prosecution in a lower court  accepted water-based sex lubricants as proof that he had sodomised his accusers.

Why activists called in police for help

The activists took the mob threat seriously, following a similar attack Sunday morning in Kampala  at an LGBT+ refugees care office, where one of the members from Rwanda was brutally beaten.

Let’s Walk  updated on their Facebook wall on the situation of their colleagues this morning.

About the Rwandan refugee attack

The refugee is being treated at Mulago national referral hospital, and government has promised to pay all his medical bills. No arrests have yet been made on the group that attacked the refugees.

Doctors treating him have done a CT scan and established that the injury to the head he suffered did not affect the skull. It was only a tissue damage.
A colleague attending to him has confirmed this morning in Kampala that he is responding to medication and has regained consciousness.

In a statement to Reuters news agency, the United Nations refugee agency in Uganda confirmed  that there was an assault on a Rwandan refugee, but said they did not have the full information as the victim was still recovering from his injuries in hospital.

“We trust the Ugandan authorities to ensure that asylum seekers are able to enjoy asylum without discrimination in line with international refugee obligations and the 2006 Uganda Refugee Act,” the agency said.

Kampala Police spokesperson Patrick Onyango told Reuters news agency yesterday from Kampala that police had not registered any cases of assault against LGBT+ persons in Uganda. This contradicts several cases of attacks and murder that have been filed by LGBT+ community members and paralegals in the last month at various police stations in the country.

“True, there are people whom the community got concerned (about) and reported to the police that there were a group of people who are staying in a house and they looked suspicious,” Onyango said.

“Police went to the house and they are trying to find out if they are involved in any criminality or illegal activities,” he said. Police have asked the public to be vigilant, he said.

Shameful gross violation of human rights! It’s criminal & cowardly to violently assault refugees.
Gay Ugandans  have equal rights w: other Ugandans.
Assaulting them is cruel & inhuman. It negates everything that our religions, culture & traditions teach us. Police where are you?
— Eng Winnie Byanyima,  a Ugandan national.

Cases of violence against LGBT+ community members have increased in Uganda following recent calls  for a new anti-homosexuality bill. Activists recently issued a call for action, advising allies and community partners on how to support Ugandan activists in their opposition to the threat of a new anti-gay bill after a previous act was annulled in 2014 on technical grounds.
Kikonyogo Kivumbi, the author of this article, is the executive director of the Uganda Health and Science Press Association. 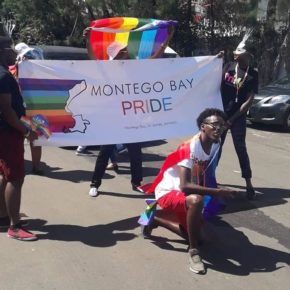 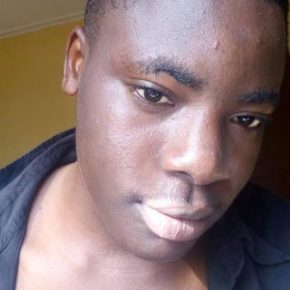