The Caribbean island nation of St. Lucia is gearing up for its first Pride celebration, although it still clings to anti-gay laws.


On paper, St. Lucia’s laws provide for up to 10 years in prison for same-sex intimacy., but the nation also hopes to expand its tourist industry, including LGBT tourism.

In 2017, the External Minister, Sarah Flood-Beaubrun, reiterated her position against the decriminalisation of buggery, and stated that the country will remain “resolute” against international pressure: “Even if it’s a long struggle in some countries, this is one country that we will continue struggling”.

She has also claimed that same-sex parenting can “set children up for failure” because it was against the “natural order”.

But this month the St. Lucia Times published the following press release from the committee that’s preparing the Pride celebrations for late August:

The Saint Lucia pride committee has launched a logo and theme in preparation for the country’s first ever public LGBT pride celebration.

This marks a historic occasion for lesbian, gay, bisexual and transgender (LGBT) people on Saint Lucia.

The logo features a heart-shaped splash in rainbow colours and black, reflecting the diversity of our human family.

A black fist emerges with the passion of ongoing activism to achieve full recognition of the human rights of LGBT people in the Caribbean.

The 2019 celebration theme “Persist with pride”, is an affirmation for the LGBT community and supporters, as we stay the path towards the goal of full recognition.

Pride is scheduled for August 23 – 26, 2019, with activities aimed at educating and sensitising the general public, as well as nurturing the dignity of non-heterosexual and gender non-conforming people on Saint Lucia.

Public activities include a panel on LGBTQ in Saint Lucia – Then and Now, Youth Engagement on the Meaning of Pride Beyond Sexual Orientation and a Pride Family Day and Health Fair.

A Pride Fashion Show and an Island Exploration highlighting areas of note for LGBT Saint Lucians are planned specifically for LGBT people and allies.

Several community organisations and business partners are expected to be part of the Family Day and Health Fair, which will include health talks and screenings, congratulatory speeches, performances and giveaways. 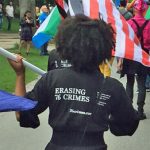